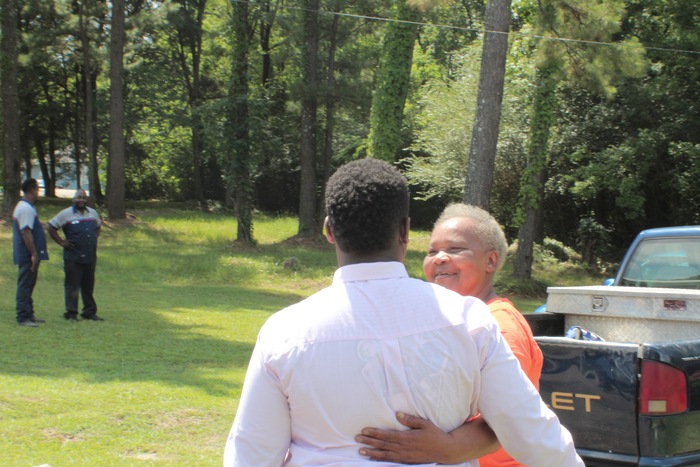 Meeting in the Back of the Bus 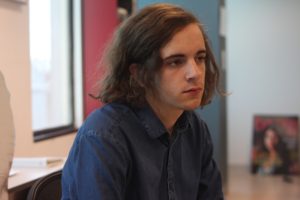 I could see them sitting in the seats before me; however, the rumbling of the bus kept me from hearing any of Donna Ladd and Mayor Tony Yarber’s important discussion as we rode through neighborhoods in west and south Jackson. As I strained my ears, I fumbled with a digital camera and tried to take photos of the abandoned homes that were passing by just outside the bus window, but the bumpy ride proved this task to be difficult. I was sifting through my blurry photos when a soft voice spoke up from behind me.

“I used to live right over here,” the voice mumbled. I turned around to see a stocky teenage African American male who had up until this point been silent.

“I don’t know, but we used to live right down there,” he responded, raising his arm to point down the street that our bus was about to turn onto. “I remember me and my brother used to get on our bikes and ride down this hill as fast as we could.”

"We stepped off the bus into the thick Mississippi humidity and were greeted by the songs of thousands of insects hiding in the southern brush."

He chuckled as he reminisced, and I began to laugh with him, thinking of an energetic child racing down a steep blacktop, trying his hardest to beat his older brother for the sake of sibling rivalry. I could relate, for I had gone through the same sort of competitions with my own brothers. We continued to speak of brotherly memories until the bus screeched to a halt.

“This is my grandmomma’s house.” He replied.

Mayor Yarber had arranged a bus ride that took a Youth Media Project photo and video team all over Jackson to areas that he found valuable and influenced him while he grew up.

“What?” I asked. “So this whole time you’ve just been going along with your uncle?”

“Pretty much.” He replied.

The rest of the people on the bus were lined up in the center aisle, ready to get off and see the woman that Mayor Yarber had been describing for the past several minutes. Before I stood up to exit, I turned back and asked the young man his name. He laughed and said it was Malcolm, and then extended his hand. I took it and shook firmly, saying, “Hi Malcolm. It’s nice to meet you, I’m Eli.”

We stepped off the bus into the thick Mississippi humidity and were greeted by the songs of thousands of insects hiding in the Southern brush. Yarber ran up to greet his mother who was sitting on the front porch, and Malcolm followed. I readied my camera and began to snap away.