This is Not a Free Country

Asia Mangum used to use the phrase “This is a Free Country,” to win arguments. The 16-year-old African American girl fears not only for her future, but the future of her country, immigrants and people of color if the republican presidential nominee, Donald Trump, were to become president. Photo by Zaccheus White 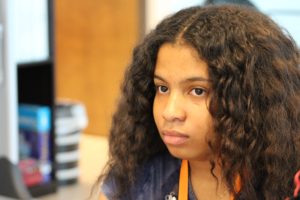 I would like to apologize to the many people I have told “this is a free country” in order to justify any argument, because I was wrong and sadly mistaken. This is not a free country, at least not for black (or brown) people. That is a lie that many white people push to fool you into thinking this country is limitless. Or maybe it isn’t a lie. Maybe it only applies to white people, and a black person just so happened to be in the room when it was said.

We recently celebrated the Fourth of July, which celebrates when America gained its independence. But where were black people when all this happened? Still picking cotton, and serving their masters at his party for the white independence.

If you keep killing the good cops, you're only making room for the bad ones.

If this were a free country, the police couldn’t kill black people on a near-daily basis, while white suspects are usually properly detained, and the only shots fired are usually from taser guns. If this was a free country, black people wouldn’t receive life sentences for crimes they didn’t commit, while a white person only gets six months for rape. 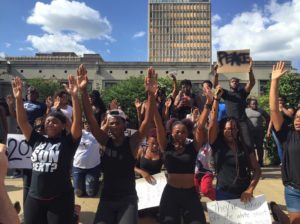 Donald Trump is saying he wants to make this country great again. I want to know which era that was because for black people, there was no such thing. This country was never great for us. He wants to put up a wall to keep out illegal immigrants and has the nerve to say Mexico must pay for it. But many may not want to come to this country in the first place. They hear America has a much better lifestyle. Then they get here, and it is an entirely different story. People tell them they can live the  “American Dream,” but the dream soon turns into a nightmare.

Immigrants come to America to make better lives for their families, and ignorant Americans say they’re stealing jobs from them. Nobody is stealing from you. How can a person, in general, “steal” your job? Did they walk up to your desk, push you out of your swivel chair, sit in it and say, “This is my job now. You can go home”? It’s not even your job to begin with; it’s a job, and one they worked hard to get and keep. But many Americans are too privileged to realize that.

I think 2016 is the year of awakening. People are now bringing attention to public officials that the system is really messed up, and black people are sitting here like, “Duh!” This is not to say that all white people are unaware of what is going on and aren’t interested in helping out. Many are, but many aren’t.

My dad is a police officer. I want him to stay on the force to represent the police officers who actually care about his or her community, to stay true to the oath they pledged when they signed up. But at the same time, I fear for his safety when he’s on duty. Because ignorant black people use situations like what’s going on today as an opportunity only to commit crimes, like in Dallas and Baton Rouge. If you keep killing the good cops, you’re only making room for the bad ones. This just goes to show that we black people also have a long way to go.

I truly fear for this country and its future. I fear for what is to come, for black people and other minority groups. I fear for Trump, and what’ll happen if he becomes president. Soon Americans are going to flee to other countries. We’ll get a taste of our own medicine when leaders of other countries refuse to let us in. America is now 240 years old. However, we are still young and very ignorant, but it’s time to grow up. 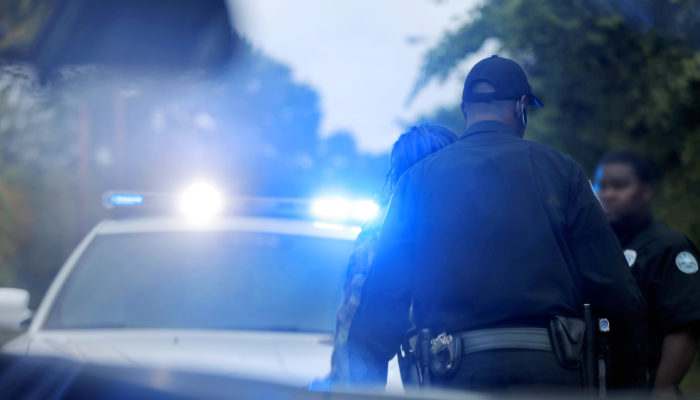 Voices
Punched in the Gut: On Police and Distrust