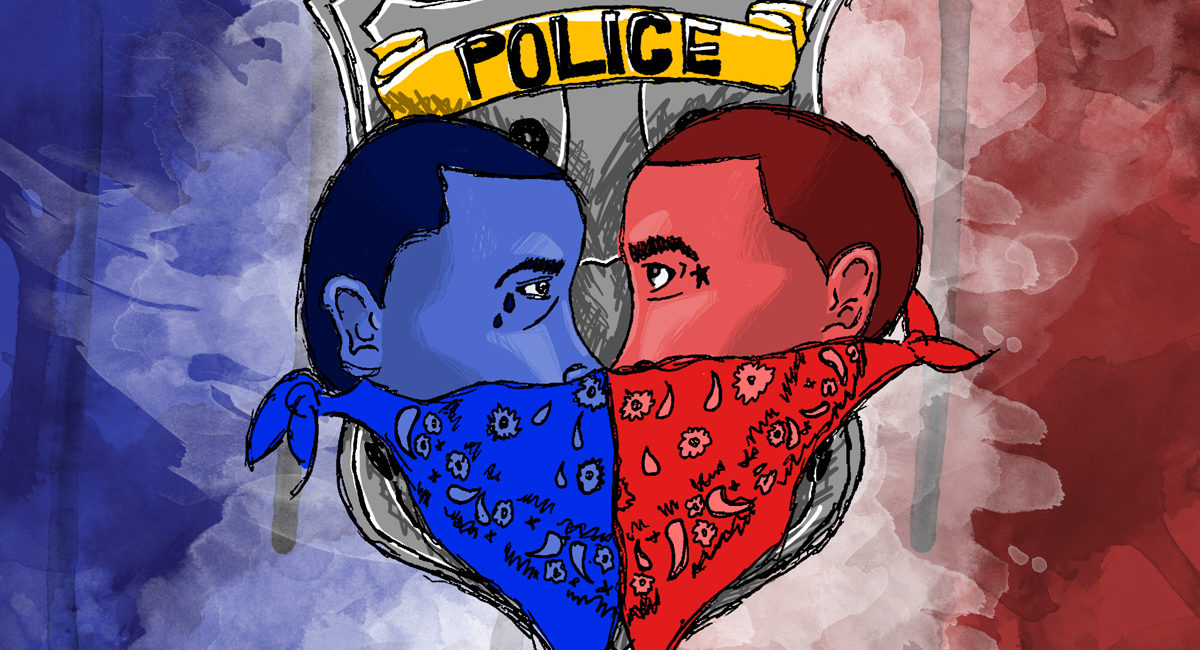 One cool summer evening, Amber and CJ went on a walk that took a dangerous turn resulting in a ‘gang fight’ and someone being taken to Henley Young Detention Center. After the flashing blue lights drove away, Amber was left alone wondering how things could have been different if the police were never called, and why that is. Illustration by Zeakyy Harrington 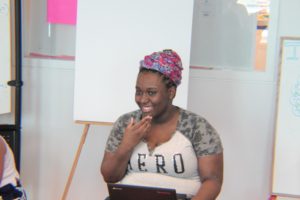 My heart pounded through my chest. Sweat collected through every fiber of my shirt. “Lord, please just let them leave us alone,” I silently prayed. I gripped CJ’s hand tighter.

We were nearing the end of our walk in the Valley North area of Jackson like we always did during exceptionally cool summer evenings. Something about this walk was quite different, though. For the five minutes since we rounded the corner near the stop sign, three guys had been trailing us. CJ’s demeanor completely changed from the moment they started walking about 10 feet behind us us. He swore under his breath, and his jaw clenched.

“They’re following us, aren’t they?” I asked CJ.

Before that, I had never experienced gang or street violence. But my gut reaction told me that was about to change.

At 16 years old, my ex-boyfriend, CJ, was no stranger to the streets. He had been in and out of the juvenile court system since before we met. I was quite aware of this lifestyle, and I tried to guide him out of it. But that is easier said than done.

CJ had been mentally and psychically abused by his mother’s boyfriend since the age of 8. His grades spiraled downward, and his troubles with school and the law began. By age 12, he had been approached to become a 4CH or 4 Corner Hustler.

“Look, I want you to go back to my house, aight. Text yo mama,” CJ told me. “I’m gonna stay outside and see what these boys want. Don’t call the police. I’ll handle it myself.”

I opened my mouth to protest everything he said, but CJ practically shoved me into his front door and slammed the door. That’s when all hell broke loose.

‘They Jumped Him First’

Yells of “false set claiming!”—an accusation of falsely claiming a gang or “set” affiliation—erupted from the front of CJ’s home. Then, there was dead silence before the first punch was thrown. Sounds of CJ struggling against three young men was enough for me to quickly disobey him. I caved and ran to the kitchen to frantically call 9-1-1 and notify them of the situation. Around the same time, CJ’s brother had run from down the street along with a couple of friends to help.

So what happened? In true Jackson fashion, the police arrived 15 to 20 minutes after I first called.

“They jumped him first!” I screamed from the porch as the older cop slams CJ’s face into the concrete. There are about three cops cars, and two of the boys who trailed us have now mysteriously vanished.

“Yeah, who gives a damn. A gang fight is a gang fight, little girl,” the officer replies.

CJ, his brother, one of the boys who jumped him and the rest of the involved party were placed in handcuffs that night. I didn’t see CJ for more than three months because he and the others involved were put in Henley-Young, the juvenile detention center.

“We need more treehouse kids,” Jackson Mayor Tony Yarber urged at the June 20, 2016, One-on-One conversation with Donna Ladd at Millsaps College. Yarber used this term to describe the type of kids who are not afraid to ask questions and establish positive relationships with the law enforcement in their neighborhoods.

Where was that relationship when CJ’s head was pressed against the concrete to keep him from “resisting arrest”? Where was it when, I, along with CJ and his brothers, were practically screaming for them to listen, and we were told to “shut up and cooperate”? I wanted to know so badly the day CJ went to court just where safe relationships and support were long ago when he needed it the most.

“People don’t care how much you know until you show how much you care,” Yarber said in that same speech. Numerous times CJ was put out of class or kicked out of school. No one ever asked, “What’s wrong?” or “Why did you do that?” It was always, “That boy don’t have no home training” or “He just gonna end up in jail” before they scolded him and told him what he should be doing. He never wanted to hear what they had to say because they never wanted to hear what he had to say.

Where Is the Village?

So who is responsible for nurturing these “treehouse kids” that CJ never got to be? As a society, it should’ve been the whole “village,” if you believe that old saying that it takes a village to raise a child. Yet, that was not the case. Assumptions about one’s “hut,” as Yarber called it, divide the village and create conflict within the community like the “false set claiming” that occurred with CJ and the boys who attacked him. Those very boys grew up in the exact same neighborhood, and the same cycle, as CJ and fought him over a petty gang dispute.

And where were the adults like the police before these kids were corrupted and longing for someone to talk to? Where were the support and the police when CJ had been abused from the age of 8 and still at 16 by the same person, his own mother’s boyfriend? They were on the outside waiting and creating the number of jail cells based on tests that boys like CJ fail because no one cared enough to get involved and create a safe haven for them to rest their heads at night. Why would they care about abiding to the law when the adults who abide the laws “don’t want to hear it,” even as the adult lawbreakers of the streets did?

It was alarming how one of the first phrases CJ uttered before confronting his aggressors was, “Don’t call the police.” Whatever happened to believing that the police serves and protects? Somewhere along the way with “progressing” and adapting to the new generation’s new wave of crimes, somehow the trust was twisted and kids failed. The treehouse kids were lost in the system and still are. As a community that’s divided, we failed them all.

Once we stop failing our would-be treehouse kids, we will have less jailhouse adults. I encourage the community as a whole, including police officers, to just listen to these kids. That small step could mean one less teenager far in the future with his face pushed roughly into rough concrete with his screams of present and past pains met with deaf ears.