Ego, and the Fear of Losing

Privilege and ego go hand-in-hand according to a 16-year-old white boy living in Jackson, Miss. August Harp is an upcoming soccer star who plays for a well-known, back-to-back-to-back, champion select team and is also on his school’s underdog soccer team. Harp sees how different select world is from public school world. One team fears losing while the other always plays to win, one wears jerseys sported with a Chevrolet logo while the other fashions the same jerseys from the last 10 years. 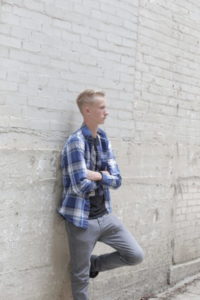 We power up each step. We rise higher and higher. We feel our legs become heavy. We make one last push to the top. We reach the top of the stadium. We turn back around. We go again.

My name is August Harp. I’m a white boy living in Jackson, Miss., and I will be a junior at Murrah High School this fall. I’ve attended Jackson Public Schools as far back as I can remember. I began in pre-K at McWillie Elementary School before being promoted to Bailey APAC Middle School, and eventually Murrah High School, where I now play soccer.

I have been playing soccer my entire life. I still remember my first soccer practice with the YMCA Sharks when I was 4. I didn’t want to go because I was so nervous, but my mom and dad literally dragged me to the field, and I am so grateful they did because on that day I met my first love: soccer. When I was 11, I began playing select soccer for Jackson Futbol Club, which led to me playing for Mississippi Fire Juniors and now Mississippi Rush, the back-to-back-to-back state champions. While it may seem that the soccer teams might be similar, the contrast between these two organizations is so immense, it’s like I’m living in two different worlds.

To truly grasp the differences between them, you must first understand these simple facts. Murrah has 1,600 students: 93.52 percent of the school is African American, and 5.30 percent are white students. Fifteen of the 18 players on my select team are white, while I am one of two white boys on the Murrah soccer team, which consists of 22 players. Many of my select teammates attend private schools and could afford La Bernardin every meal, while most of my high school teammates cannot afford school lunch.

Four of my select teammates play for Madison Central High School’s team, which has won five consecutive state championships and is ranked No. 3 in the nation by Maxpreps.com. Three of my select teammates play for Northwest Rankin High School, ranked No. 10, and one plays for Jackson Preparatory School, which is No. 11. Murrah is ranked 1,612 in the nation and 81st in the state. For most of the players, it’s their first time ever playing soccer.

Tap, tap, tap. Our coach raps his pen against his clipboard. Tap, tap, tap. The ball is passed from one person to the next. Our coach yells  to us, “Regionals are in two weeks, I need everything you have right now! Practice like you play! How bad do you want it?”

“Let’s get it—these Clinton boys ain’t ready for us!”

That was my ninth-grade year. We are still losing games, but we are working harder than any other team I have been around. This is when my ego began to change. I wanted to be the best, but I realized this team was going to need a lot of work. I’m now the head captain of the Murrah soccer team. I have set up practices throughout the summer. I have set up private practices with individual players just to work with them. We go 100 percent at practice because we  want to win instead of not wanting to lose. It’s 95 degrees, and we are still running up the stairs.

Tap tap tap. The concrete is stained with our sweat stains. Tap tap tap. We will leave our mark.

My select team is better than ever. We are still easily the best team in the state. We have been working this summer as well. While we have worked harder, we have been working together but separate. I can now look at my Murrah team and see the missing piece we have always had but never known. I never would have known what it was like to be on a team that loves each other and would fight for each other if I had gone to a school like the rest of my select team. 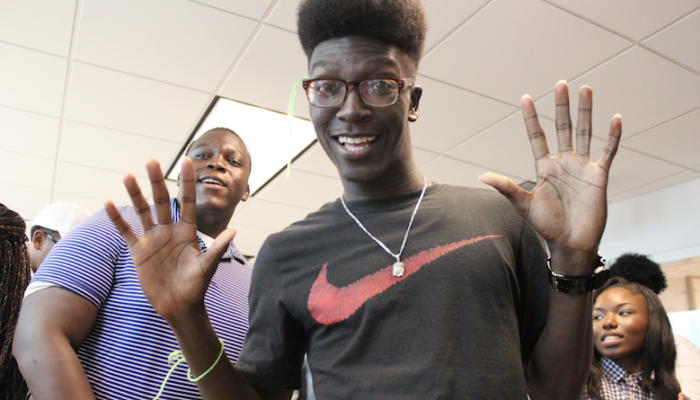