Is America Really the Land of the Free?

From the time we are bright-eyed, bushy-tailed five-year olds learning our ABCs, we are taught one essential phrase: America is the ‘Land of the Free.’ Growing up as an African American girl with a white best friend, Jordan Mahoney always said she didn’t see race, she saw people, but her mom always told her “It’s more than that.” Everything the 15-year-old junior learned in school, didn’t reflect her reality or what she once thought about race and life. Mahoney quickly learns that racism is real and is still trying to make sense of what she’s been taught about “America The Great.” Photo Courtesy Mike Mozart 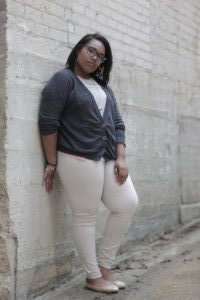 “O’er the land of the free and the home of the brave.” The line is stated four times in the “Star-Spangled Banner,” the national anthem. I always wondered what it really meant. I was taught that America was founded to be a “free country.” Our founding fathers developed a country to escape the monarchy system. They formed a country based on freedom of religion and liberty for all. America’s first principle is  “equality”—that everyone is created and treated equal.

Growing up as an African American, I always heard, “They don’t want us here.” I never understood that saying, especially when you go to school with a diverse group of people, and you’re taught that “America is a free country.” I always heard people talking about racism and  different encounters with it, but I never understood it. I always said, “I don’t see race. I see people.” My mom used to say, “It’s more than that.”

I didn’t understand. I was blessed with the opportunity to learn and be a part of a “white privilege” school such as Jackson Academy. As a young African American girl with a white best friend, I was blinded by the luxury. I failed to realize the reason my mother stayed to herself was because the other parents weren’t greeting her with open arms. Instead, they were looking at her every move, looking at her full of judgment, making her feel out of place.

Schools teach their students about Christopher Columbus and Abraham Lincoln. Columbus, a Spanish explorer, was the first to discover America in 1492. President Abraham Lincoln abolished slavery in 1862. But textbooks don’t tell the whole truth about our country’s history. They worship many people who alienated human beings—people who we think so highly of who enslaved Africans and made them three-fifths of a person. I just don’t understand how someone would think a person with darker skin tone is less they they are.

Learning one thing at school and learning another thing at home was very confusing for me. Everything I learned didn’t make sense. As I’ve gotten older, I’ve researched the real history behind “America The Great.” America is not free. I hate that we’re being taught false information. African Americans get racially profiled every day. Police have shot and killed many unarmed black people—because of what? Is it because of their skin color? Is it because they were acting “too free”? People are born every day, and they still have to learn how to protect themselves based on their skin color.

Racism is our reality now, so stop acting like it’s not an issue. I’ve grown up knowing that black people have it hard. I’m sick and tired of fighting for what we are entitled to have. I’m sick and tired of feeling belittled because of my skin color. I say my “skin color” because the world has defined race as the color of one’s skin. So I guess I’m trying to figure out where the “equality” and “liberty” we claim to “all” have is. Until I see it for myself, America is not free and never has been. 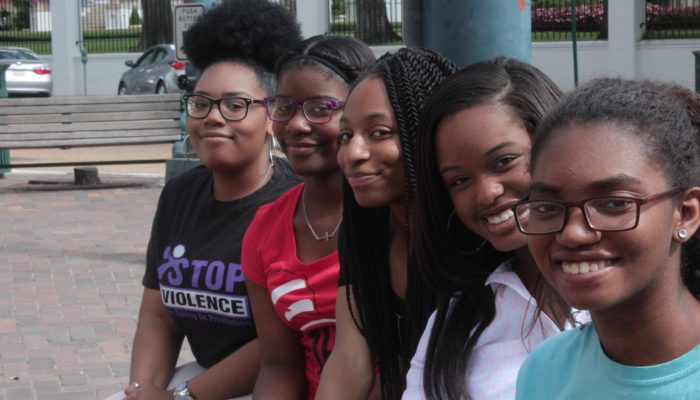