More Than Brimstone and Bullets: Time to Stop Blaming

At some point or another, a loved one has told you to be careful on ‘that side of town,’ and you begin to wonder what does that even mean. One day, Ryan Perry, a 17-year-old white male, decides to take a solo journey and drives to ‘that side of town.’ What he begins to realize is that the people he once deemed as dangerous on ‘that side of town’ are just like him, who may have human problems and need help. Photo Courtesy Donna Ladd 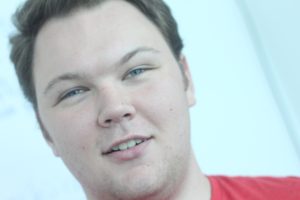 You know how as you grow up there are places where parents tell you not go?  “[Insert place] is dangerous,” they’d say. You know little else about them.

That was, and is, my relationship with the Washington Addition. I was entirely ignorant of its existence until this summer when I joined the Mississippi Youth Media Project. Learning about the neighborhood piqued my curiosity so much that I was digging up old articles reading about its civil-rights history. Then in a time in my life when I believe my God is teaching me submission, I felt that His will was for me to see the place I was trying to write about and to try to help.

So one Saturday in Jackson, under false pretenses, I looked up the Washington Addition on Google Maps, sat my Bible in my passenger seat and drove to my “[Insert Place].” It wasn’t the den of danger it had been profiled as, or the city of crime it might have historically been. It was mostly just sad.

"When you learn that things are dangerous because people have human problems and need help, maybe you're a little shocked."

Every other house seemed abandoned, yet the abandon permeated throughout, even in the owned property and the infrastructure. There was ostensibly a church on every corner, yet no obvious evidence of their investment in the community. People appeared unwilling to make eye contact or wave, not from character deficiency, but from a collective learned caution, I suspect. It was the concrete realization of my nebulous concept of poverty.

There’s some truth to some of what they say, but I find their disposition wrong. I believe they’re right when they say people in poverty should take responsibility. People possess power that permeates every class and color. Our uptake of responsibility is our power; it’s our agency. We can only change the things that we possess, and though you can’t own a community or family, you can acknowledge your provision and accountability for it. Then you can work to change it.

However, this is not what I hear when family members say people in poverty-stricken situations should take responsibility; for them, it is a vehicle of blame. It is not necessarily a blaming of the poor man for being poor, however, for the rules are not being applied equally. My dad grew up from the time he was 8 years old working in his father’s gas station, and my mother was so poor that the homes she grew up in had holes that let wild cats in and out. Everything that happened in their life was their fault, good or bad, and their growth and failure were their responsibility.

So as they grow older and observe a mindset in our culture that poor people are poor because of systems and rich white people that hold them down, it’s upsetting. They grew up within a culture of responsibility that gave them power over their lives.

Now this is dangerous. Our culture’s increasing ineptitude of communication means that we bitterly apply the word “responsibility” as a point of blame to a person who is completely disconnected from whatever we’re upset about. People will scream that a mom should be more responsible for her child as a way to blame her even though what they’re really upset about is that a gorilla got shot. You won’t see them praising her if, a week later, she has baby-proofed her house to keep him safer.

We must begin to communicate more clearly if we’re ever going to solve any problem and especially if we want to help people who live in impoverished conditions. We have to be careful that when we are assigning responsibility, we aren’t assigning blame but making note of the power of self-determination and how to encourage it in others.

Responsibility and self-determination are our ultimate offensive weapons against poverty or oppression or [insert problem]. There are innumerable documented cases of people defeating their demons through these simple and timeless and concepts, and it’s self-evident that we all have these powers. Progress begins, though, when we make others aware that they can use them rather than blame them for not knowing.