From the Mayor to Shabbat: A Summer of Learning at YMP

From meeting the mayor to interviewing Medgar Evers’ daughter, 15-year-old Joshua Wright spent the summer pounding the streets of Jackson, Miss. discovering an entirely different side of the city he so quickly overlooked. 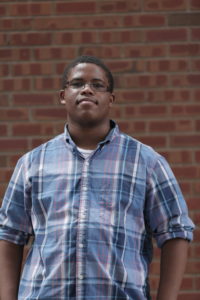 I have enjoyed my time at the Mississippi Youth Media Project. While here, I have learned about a wide range of topics relating to journalism, including solutions journalism, journalism ethics and photography (taught by Imani Khayyam). I feel that I write better using the tips I have learned here. Not only have I learned from the YMP mentors, but during video editing I learned tips from my peers. We have fun in our office, including an occasional very intense UNO game, but we do work hard.

I have been to several events and met a lot of important people while working with YMP.  I’ve had the chance to meet Mayor Tony Yarber. The mayor took Ms. Donna, the YMP director, and the video team, including myself, on a ride-along of west and south Jackson. He told us about his childhood and the struggles he had in his neighborhood growing up. I also met Dr. Kai Smith from New York, who has a program called Gang diversion, Reentry, Absent Fathers Intervention Centers (GRAAFICS). He came to Mississippi and talked to different groups about his program and mentored youth here for a week.

My team and I have followed different important youth groups who tour Mississippi. We followed one group from Mississippi, Next Generation Leader Institute, composed of students from the Mississippi Delta, Gulf Coast and northeast region of the state, learned about health and wellness and community-based change. We also followed Operation Understanding D.C., a group from Washington, D.C., composed of black and Jewish students that is touring the site, visiting civil-rights sites. One of the places we visited with  Operation Understanding was Medgar Evers’ house, where we were able to meet his daughter, Reena Evers, who talked to us about her father and what type of person he was. I got to take a picture with her.

We also shadowed the group of teens to Beth Israel, a Jewish synagogue, where we participated in Shabbat. It was a lovely service and all of the people there were nice. I also go to meet the rabbi and synagogue member Dana Larkin before the service. During the service, I got to see the Torah up close. The service was very interesting. They do a lot of singing at Shabbat. The rabbi carries the Torah, and the congregants touch it with their prayer book and then kiss their book. Afterward, they have refreshments.

I used to think journalism was nothing but writing. But thanks to Ms. Donna and my participation in the Mississippi Youth Media Project, I see there are many different careers that all involve journalism. The Mississippi Youth Media Project has been a great experience for the summer. Hopefully, I will be back during the school year, but I will definitely be back next summer.