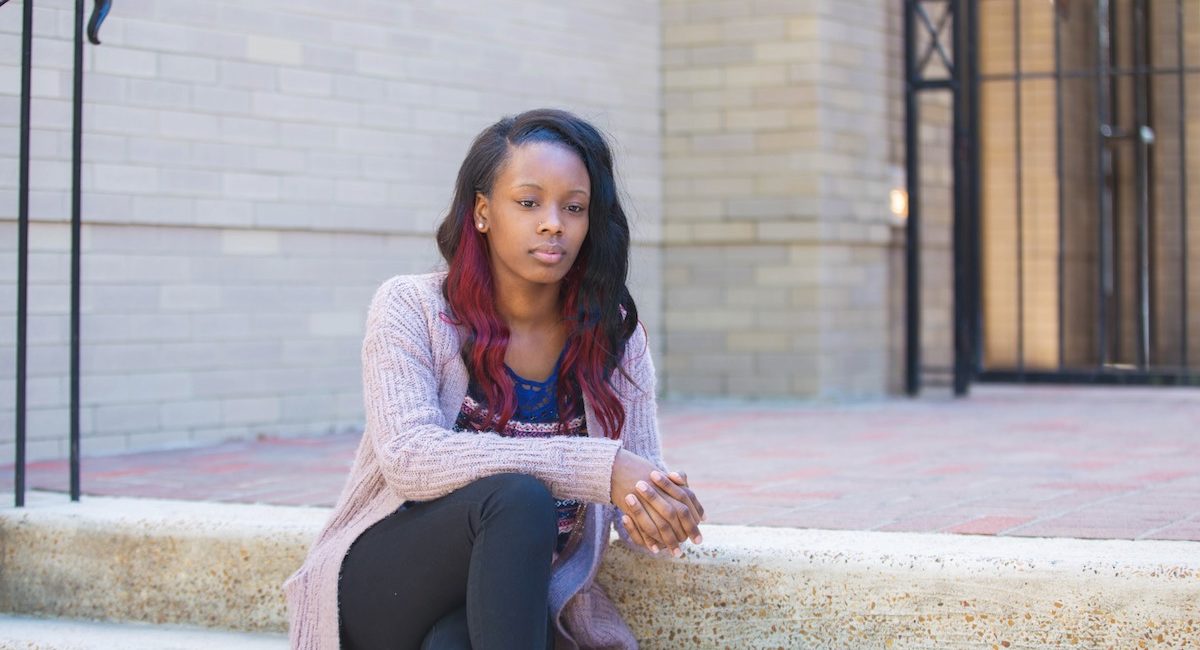 I Won’t Let My Godmother Down

My godmother Lashunda Summers made me who I am today. She is a wonderful, intelligent, hard-working woman who takes care of elderly people for a living. She often tells me how blessed I am today. She has been there for me for a good long time. She took me in when I didn’t have anyone else—and she’s the one and only person I can talk to.

One night last year when I was 16, my little brother had walked out of the house without doing something my mother asked him to do, so she started fussing at me. She was in the kitchen, and I was walking out of my room into the living room. My mother was on the phone with her friend-girl. She asked my little brother to do something like wash the dishes, and he just walked outside, so she told me to do it.

I was disrespectful to her: “You told him to do it! You let him do whatever he wants.”

She had her friend on speaker and said something about me being disrespectful.

“Since you grown, get your ass out of my house!” she then yelled back at me.

So I went to my room and threw some clothes in a bag, put on some shoes and went to the next house, which was abandoned. I sat behind a tree.

“Shakira!” I heard my momma calling my name outside her door.

She then got in her car and rolled down the street. When she got back, my brother was in the car with her. I could see them looking for me.

“Shakira!” I was still sitting behind the tree.

I saw one of her friend-girls, Jasmine, drive up to help look for me. Two other girls were in there, too. My mother got in the car with them. Finally, they saw me.

“Where you been?” Jasmine asked me.

I was smart with her. “None of your business,” I said.

My momma slapped me, and I was crying. “Call the police since she thinks she’s grown,” Jasmine said. So my mother called the police. “What’s wrong with you?” Jasmine said.

“I don’t know what’s wrong with her,” my momma told her.

Two police officers, a man and a woman, came. My momma told them I was being disrespectful.

The man cop said, “Let me scare you a little bit.” He grabbed my arm and pulled me and turned me around, and put handcuffs on me. He was pulling my arm, and I was trying  to get away.

He walked me inside my mother’s house and turned me over the arm of the couch. I was wriggling, trying to get away. She started hitting me repeatedly with a broomstick on my butt and my back, as he held me over the couch. The stick broke, and she was still hitting me. I got away from the police, and he grabbed me from behind and pulled my shirt.

They then took me outside and put me in the back of the police car. The man police was talking to my momma. The lady police, who had stayed outside, started talking to me. She was nice. “You don’t look like the type of person to get in trouble. What school do you go to?”

“You don’t want to go to the detention center,” the woman officer told me.

“You don’t want to be there,” she repeated.

The man officer came to the car and started talking to me. “You know it’s not safe out here. … You don’t want to go to juvenile,” he said.

“You have a mother who loves and cares about you,” the woman officer said.

“Tonight, do what you supposed to do. Respect your momma. I don’t want to see you out no more,” the woman officer said. She then took the handcuffs off.

Everybody soon left. My daddy showed up, telling me to calm down and be respectful. After my daddy went home, I was walking into the kitchen. My momma was taking the pillows off the couch looking for something. I was still complaining: “I don’t want to be here.”

We got to arguing again, and I went outside to cool off. After I came back in, I was sitting on the couch in the dark. Momma came out of her room and said, “Get out of my living room.”

“I’m not doing nothing.”

She went into the kitchen and grabbed a small knife.

“What you gone do with that?” I asked

We started tussling, and the knife struck me in my right shoulder. I still have a scar.

As blood was coming down my shoulder, I rushed to call my godmother, who lived down the street and had known my family a long time. I was holding my shoulder when my godmother got there. She took me to the hospital, and I got four stitches and then went home with her. The same night, I went in my momma’s house and got clothes for school; my godmother dropped me off at my bus stop the next morning.

I was at school when detectives came to get my story. I sat in a room with a lady with a notepad, asking me questions. Do my momma hit me? I had to show them all my scars. What happened? I told them the story.

My momma called my phone that day, crying. “They fixing to take you,” she said. I was in the middle of a test.

My auntie got me a dismissal. Soon after I got to my house and packed my stuff, this lady came and got me and took me to a group home. I had to stay there for a week until they check my godmomma’s background to make sure she was stable enough to get me. I have lived with her ever since, and now she’s my guardian and foster parent. I live with her and her two dog-babies: a red terrier and a chihauhaua, Lily and TayTay. Lily is her baby; TayTay is my baby. They some crybabies.

I can talk about everything with my godmomma who doesn’t have kids of her own. Whenever I need something, she’s there.

My momma used to sniff cocaine and hang around the wrong people, but now she’s clean, and about to get a job, it looks like. I am her only daughter out of four children. 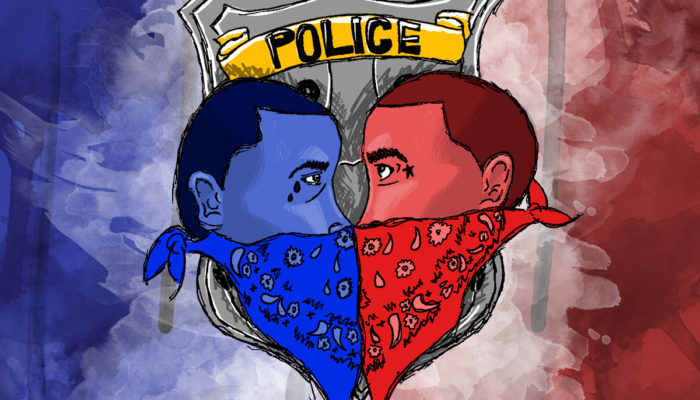 Voices
‘A Gang Fight Is a Gang Fight, Little Girl’ 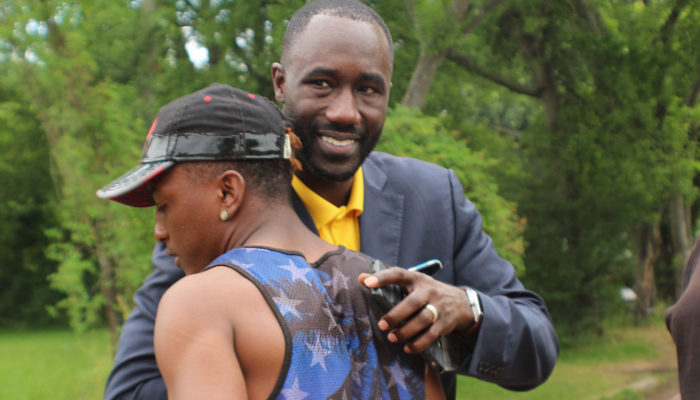