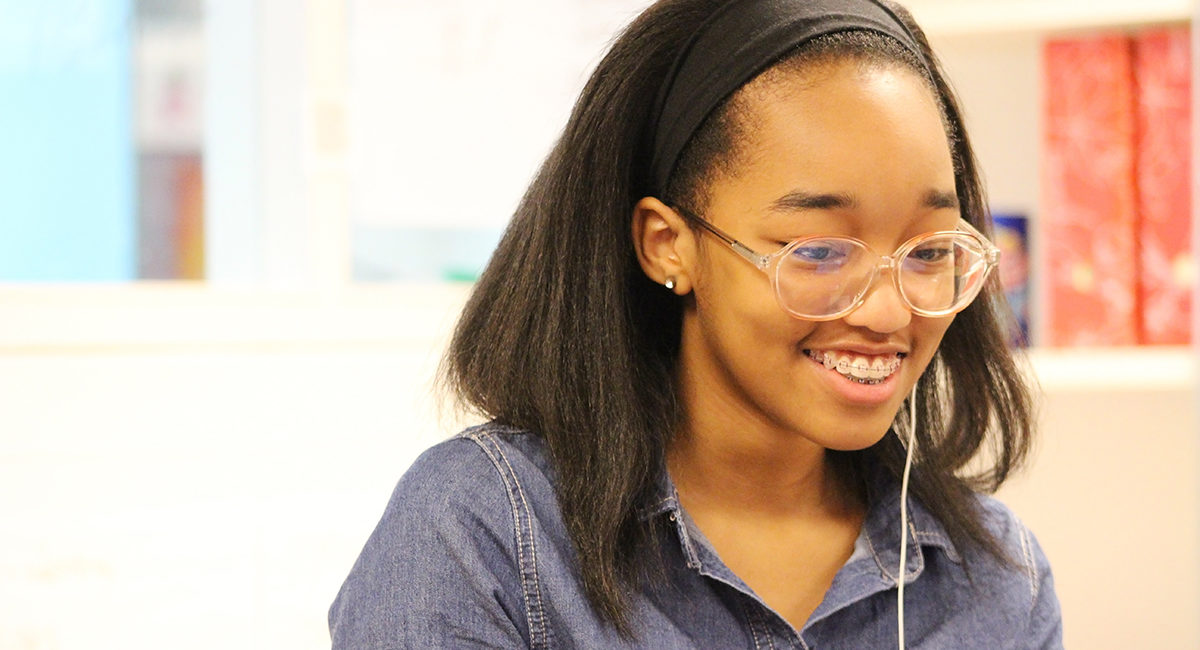 Photo above of Chloe Bishop by Sonni Pressley

Chloe Bishop’s shyness has led to some of her greatest friendships. When she was at Northwest Middle School, she was way more shy than she is now. One day she walked into her sixth-grade band class, her favorite, with her friend Imani. When they entered the classroom, Imani, the more outgoing one, went to talk to others in the class.

Soon, a stranger with sandy-brown hair said, “Hi, my name is Karsen.” This led to one of her strongest friendships. She says Karsen is “as close as a sister.”

Bishop is a shy, introverted person who is ready to take on the world. She is smart and hopes someday to graduate from Princeton and work for NASA. If that doesn’t work out, she would like to be a freelance journalist. She wants to write for The Washington Post about space exploration.

She was born in Atlanta, Ga., where she stayed until she was 10 with her brother and her parents before moving to Mississippi. As a kid, she wasn’t very well liked in Atlanta, so nothing really held her here, making leaving easier. When she moved to Mississippi, she was surprised to make friends quickly.

“It was surprising because I was unapproachable at first, but then Jeffery approached me, and that was the first friend,” she says of  fellow YMP student Jeffrey Caliedo.

In Jackson, she first attended Woodville Heights Elementary, then Davis Magnet IB Elementary, Northwest Middle and now Murrah High School, where she was able to make many friends. At her school, she enjoys singing and speech and debate. Speech and debate have helped overcome her shyness, even though she wants to improve the way she approaches people.

Even though she still struggles, Bishop hopes to make more friends and step out her shell this summer.