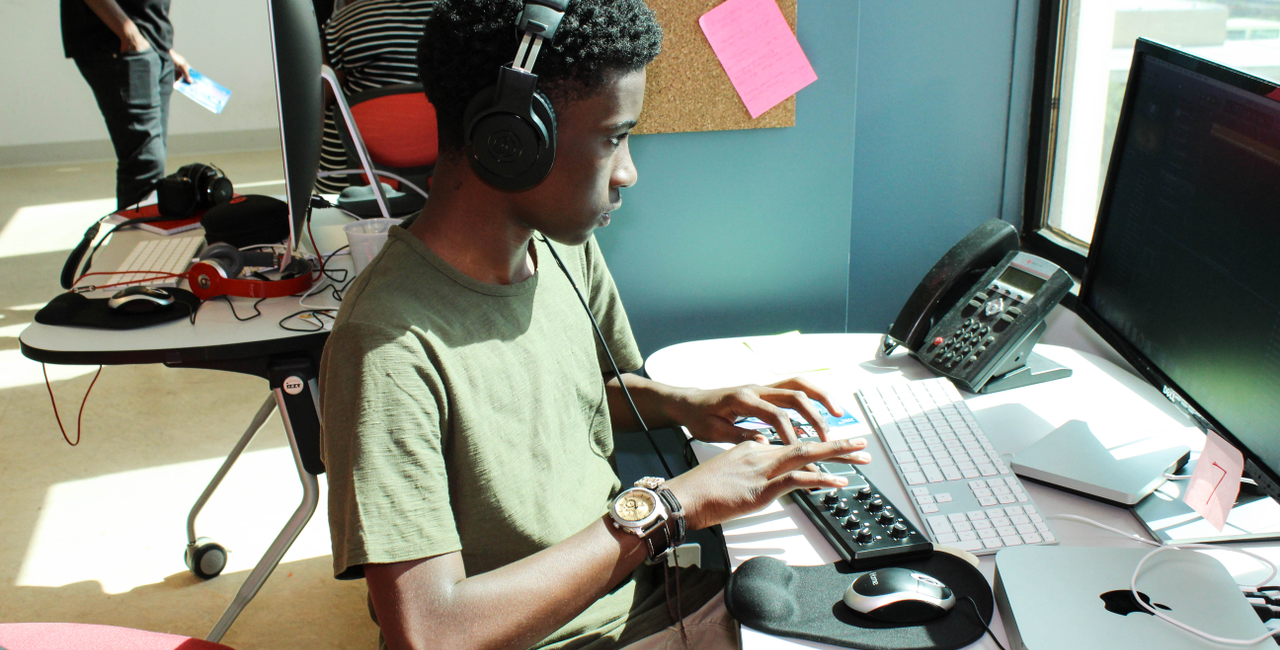 Photo above of Jonathan Buckley by Kelsee Ford

When Jonathan Buckley was younger, he would spend time with his maternal grandmother. He became close to her early because he liked cooking, and she use to make him biscuits. “Grandma, can you teach me how to make biscuits?” he asked her.

Then one day, he saw her play the piano, and she taught him to play a couple of songs on the piano, which got him into music. “That led me into Michael Jackson and into the dancing,” Buckley says.

Now 15, Buckley is a dancer. His style is an interesting mix of styles such as house dance, but is mainly hip hop.

Buckley goes to St. Andrew’s Episcopal School, has a younger sister and is a pastor’s son. He is originally from Danville, Ill., and moved to Mississippi here when he was 4. He says there are quite a few differences between living in Danville and in Jackson. He had more things to do in Danville, such as going to the amusement park, Navy Pier.

“There really isn’t much to do here, and there is a lot of racism,” he says about Jackson. He would change that by bringing more businesses into the capital city by working with others because he believes one person can’t change a mindset. He does like his friends, experiences he has here and the downtown area.

He likes basketball, comic books, The Avengers and rap music, in addition to dancing. He wants to improve his basketball and teamwork skills when he plays.

Despite his lack of confidence, Buckley considers himself a good follower. He was a leader once, though when he helped bring a mime ministry to his church. He and his friend, James, choreographed most of the performance material.

One of Buckley’s goals is to produce music, and he plans to achieve this goal by making music now and looking for someone who wants to produce their music. He would like to start by producing someone his own age.

Buckley decided to come to YMP because his dad suggested it after Donna Ladd told him about it. Buckley looked into it more, and that is when he decided he would try it out, and is especially interested in the music-production training.