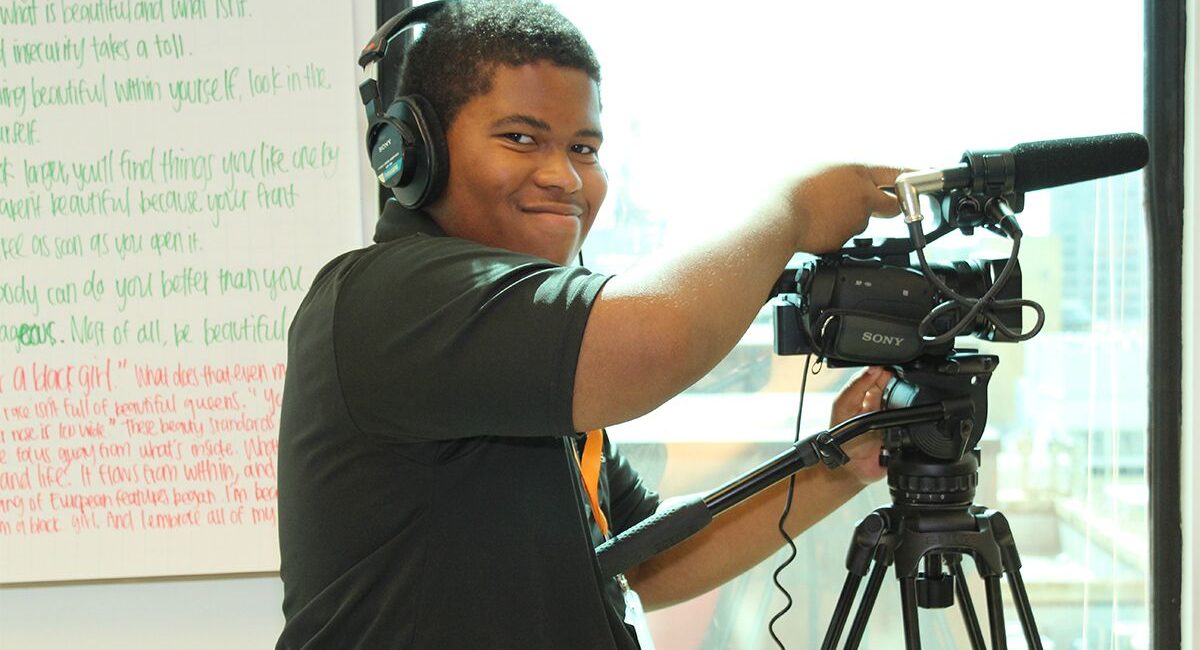 Photo above of Joshua Wright by Kelsee Ford

What seemed to be a fairly regular day at the Youth Media Project soon proved to be a life-changing experience for Joshua Wright in the summer of 2016. Walking into the seemingly mundane office, Wright discovered an astonishing find. Sitting on the wooden table was a freshly purchased, new Canon camera. In an almost picturesque way, light from the vacant office window shined onto the camera. Standing next to the camera was Zaccheus White, another member of that YMP team and a friend of Wright.

As White took off his old camera and placed the new one around his neck, he stated that he had no use for his old camera anymore. Wright jokingly asked, “Can I have it?” with a chuckle. To his surprise, White said yes. Completely taken back with excitement and pure joy, it was in that moment that Wright truly realized the community and opportunities that awaited him the rest of the summer.

Wright is a 16-year-old videographer who is returning to the Mississippi Youth Media Project for a second year this summer. Wright was born in Jackson on Feb. 10, 2001. Ever since birth, Wright says he has fought many battles. “I was born three months early, and I am deaf in one ear,” he says with an uneasy smile. “I’ve always been a fighter, though. It’s been there since birth, and I don’t really notice it anymore.”

One thing that sets Wright apart from some others is his ability to succeed in many different fields. Academics, sports, music and foreign language are all important to Joshua. “God gave me these talents, so there is no reason not to excel in them,” he says.

Wright is really passionate about videography. He learned about the ins and outs of video and audio at church. He then used this passion at the the Youth Media Project. “I brought it with me to the program. But they also taught me new things. I didn’t know anything about editing before coming here,” he says.

The Youth Media Project is a learning experience for everyone involved, he says: “I’m back at YMP to share something. Whether that be advice or even motivating one of my peers on the importance of friendship and family, I want to share something.”