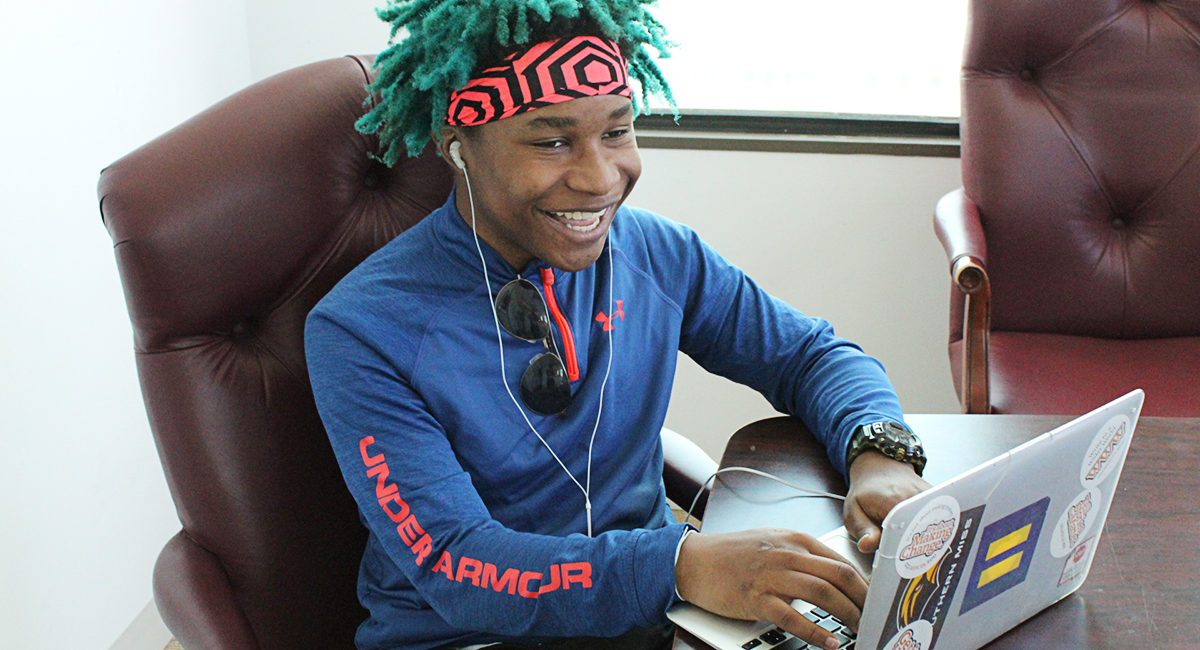 Photo above of Kenytta Brown by Kelsee Ford

The drizzle fell lightly from the dark sky. In his maroon and white jersey, the number 11 printed on the center of his back, Kenytta J. Brown strategically kicked the soccer ball as he headed toward the goal. Coming from his blind side, a tall, lanky boy from Provine High School, with a darker complexion and wearing a red jersey and white bottoms, tackled Brown from the side. This resulted in Brown sliding at least 5 yards with no foul call from the referee.

Enraged at the unfairness, Brown hit a gate and left with a bloody hand.

“I was so angry, I just sat in the middle of the field, doing nothing,” he says.

After the game, Brown’s coach called him about his actions. “Your position as captain is in jeopardy, and you need to do something about it,” he recalls his coach telling him.

The incident, and the phone call from his coach, Dr. Virgil, led to Brown’s determination to find ways to control his anger issues. He went on to work harder at “understanding people and showing empathy.” This influenced a spark in emotional intelligence for him.

“My favorite quote is ‘carpe diem,’ which basically means to make a lot in the present time and think little about the future. It’s about living in the moment,” he says.

Brown, now 17, will be a senior at Lanier High School in the fall, where he’ll be on the soccer team for the fourth year. His future goals include attending either Mercer University or Ole Miss where he plans to study photography journalism and mass communications. He would like to pursue a career in photography and during his second year at YMP, he’s “looking forward to the exposure” he will get “and the headstart it gives him” on his journalism future.