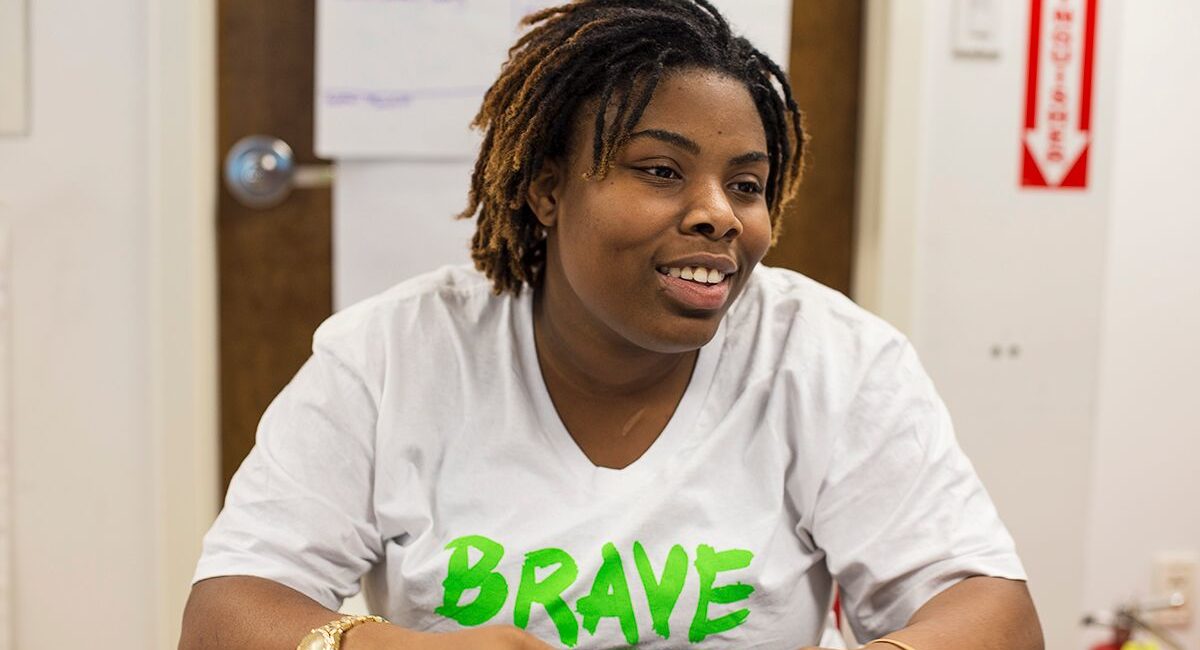 Photo above of Leslyn Smith by Imani Khayyam

On a dark, sweaty night deep in Sandhill, Miss., a group of cousins were playing soccer when one of them kicked the ball over a fence while going for the goal. Leslyn Smith, then a 6th grader, volunteered to go get the ball. She ran toward the fence not knowing it had barbed wire. She hit it, and her lip got caught and her chest cut up. She hung there unsure of what was going to happen next.

Smith is 16 years old and is a junior at Callaway High School this fall, and despite the painful accident, she is still one of the first to volunteer to help others. She likes cooking, listening to music and hanging out with her family.

“Family is the only thing you have in life, and after losing my grandfather I learned to value them,” she says. “My family is everything to me.”

Smith describes her mom, Patricia Smith, as both her mom and her dad. “My mom is my hero; without her I don’t know where I would be,” she says.

When she was younger, Smith and her family used to take road trips together. She, her mother, grandmother, and cousin drove to South Carolina, Alabama, Florida, Texas and Canada. “My cousin tells stories about my grandmother,” she says.

Another big part of Smith’s life is her school family. She’s a diehard Callaway charger and participates in spirit-week activities. She has a message for the school’s main rival. “They (Murrah students) like to talk trash about Callaway, and that’s my school. I have to defend it,” she says.

Smith says she used to do powerlifting but had to quit due to health issues. She describes Callaway as very sports heavy, especially with football, basketball, and track and field. “I tend to hang more with the popular kids, very loud, rowdy,” she says.

Callaway was not her first choice for a school, but she is happy with it. “Callaway has been good and bad,” she says. “I’d say my relationships, like friendships and all that, are mostly pretty good. Some are pretty bad. It’s a work in progress.”

Smith has a passion for photography; it’s actually why she is here at the Youth Media Project. But she does tend to shy away from writing. “I’m not a writer. I don’t like writing,” she says.

If Smith could change one thing about Jackson, it would be the hatred. “People don’t really see it, but there’s still a lot of racism in Jackson. People hate each other for no reason,” she says.