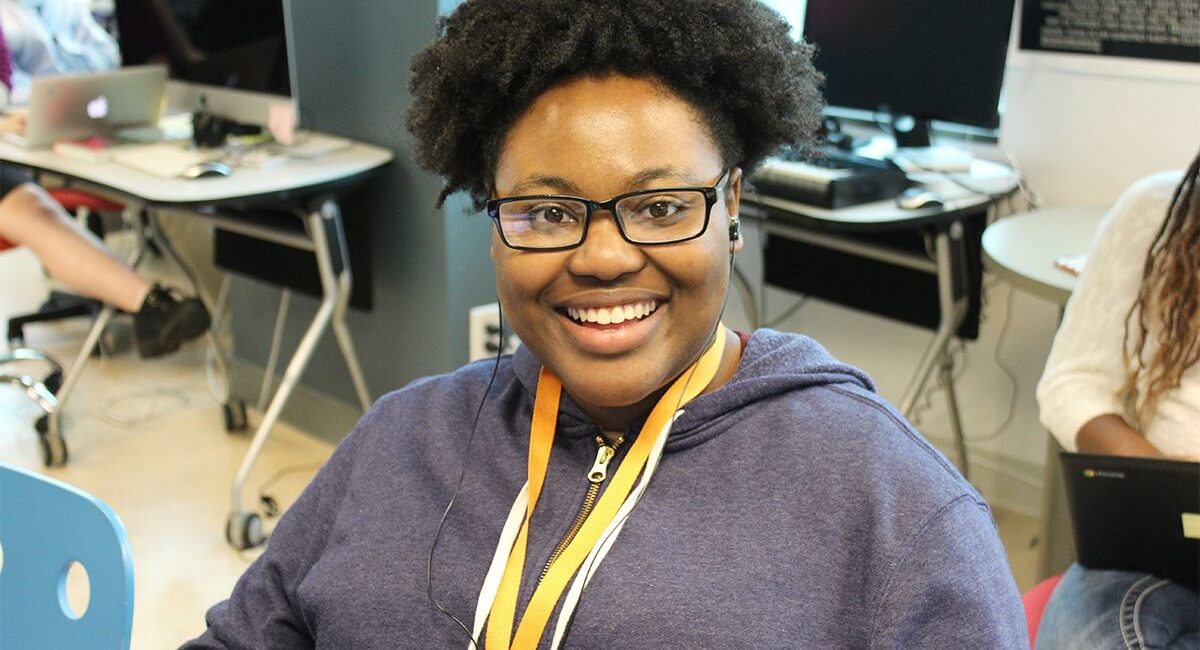 Makallen Kelley: The Power of the Arts

Photo above of Makallen Kelley by Kelsee Ford

Makallen Kelley walked out of the back bedroom of her dad’s house into a backyard full of laughing family members. The smell of food on the grill made her stomach rumble with anticipation. Music was blasting from the speakers of someone’s phone, and she thought to herself, “This is my family, this is my culture.”

Kelley was born Oct. 13, 1999, into a split family. Her mom and her dad were “from different sides of the railroad tracks,” as she puts it. Her parents’ families couldn’t seem to get along with each other, she said, adding that the closeness of her families on a scale of one to 10 is a three these days. The death of her father three years ago didn’t seem to change anything. In fact, it’s made everyone more distant.

Growing up, Kelley didn’t fully grasp how major discrimination was and how existent it still was in her community. She watched white people packing up one by one and moving out of Jackson. Kelley always saw everyone as equals but realized not all would agree once she got to middle school at Northwest IB Middle School. Now seeing the world for all it is, she would like to would change people’s closed-minded attitudes.

“I didn’t notice anything about interracial conflict until I was in middle school when I watched a documentary in my history class called ‘Dark Girls,'” she says.

Kelley hopes to open a performing-arts school in Jackson. She knows that the arts helped shape her for the better. Before she got into the arts (singing and theater) , she was shy about meeting new people. Kelley hopes to be able to make a positive change in her community .

“I got into Power APAC at the beginning of ninth grade, and I only wanted to go into it for acting, but overall it’s improved me as a person,” Kelley says.

The speech and debate team was a major part of her finding her voice. At Murrah High School, where she is in 12th grade, she is the event leader and loves what she does. She is also in choir because she loves to sing.

Kelley’s taste in music is diverse, from hip-hop to rock all the way to pop. She was brought up listening to R&B, but as she got older she was introduced to more genres. She is now in a place where she is happy and has friends who care about her, and vice versa.