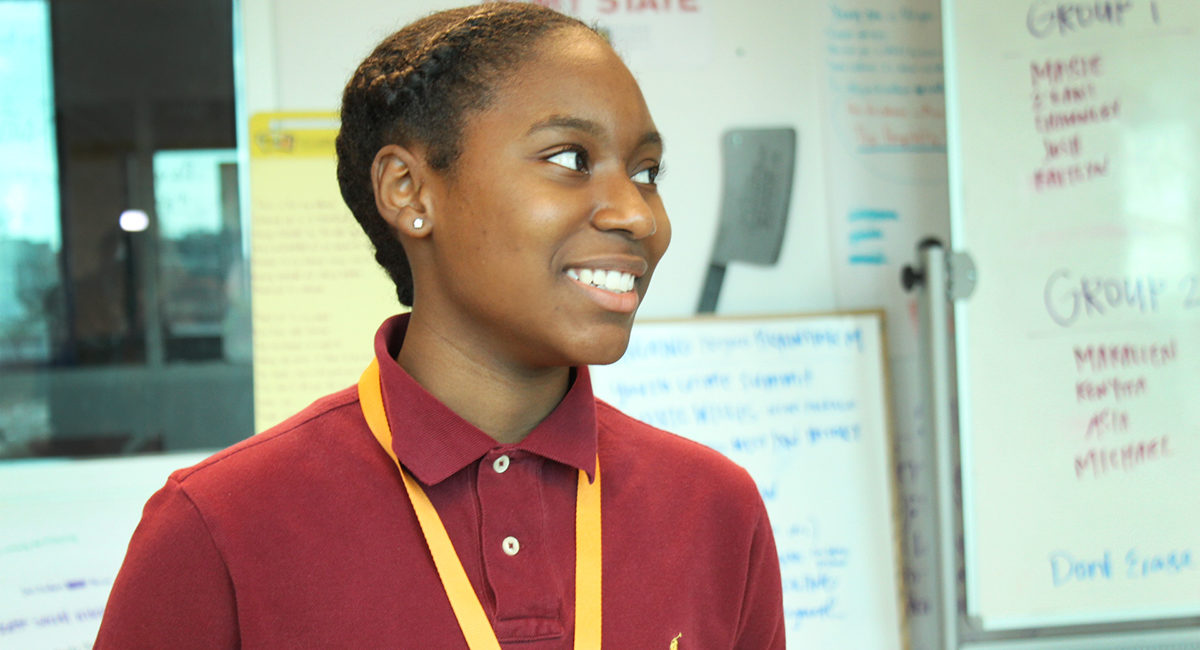 Photo above of Kelsee Ford by Darryn Price

When a cadet on the drill field at Keesler Air Force Base dropped his rifle, it shocked platoon leader Kelsee Ford and others on the squad. He had never dropped the rifle before in a routine, and the mistake cost the Murrah High School’s JROTC team 10 points off their total score. It was a major setback for the cadets who had worked hard during practice in the previous school year preparing for the state regional competition in Biloxi.

Since Ford was the leader, the 15-year-old had a responsibility to JROTC to ensure that all of her cadets practiced and competed as a well-oiled machine.

When Ford started high school in 2014 , one class changed her future. She did not take Junior Reserve Officer Training Corps (JROTC) seriously at first. Her counselors during eighth grade had told her to take PE, but she didn’t like changing clothes during the day. She thought JROTC was just another class, but she quickly began to learn self-control, how to lead others, and how to get her point across through the difficult situations she found herself in as a JROTC cadet.

“JROTC helps me relate to people, gain relationships and pave my future to something great,” Ford says.

Those leadership skills came into play when her teammate dropped his rifle at Keesler. “I asked him what’s going on, and I found out there were a lot of things going on at home. His dad lost his job, and his mother had to change a lot of scheduling to pick him up for practice,” Ford says.

Ford realized how dedicated the cadet was to still come to practice, which pushed her harder to communicate better with her cadets and show empathy to them. She recalled her own family members in that same situation.

Through JROTC, Ford’s true character manifested itself in her strong leadership and communication skills. She has now been promoted to battalion executive officer, a position she will hold during her senior year starting this fall. She wants to go the United States Military Academy, also known as West Point, to study business and music. She is hoping she will get a JROTC scholarship to help.

“I want to make a difference in the world and serve my family and country,” Ford says. She wants to be a colonel in the U.S. Army, and she believes she can do it.