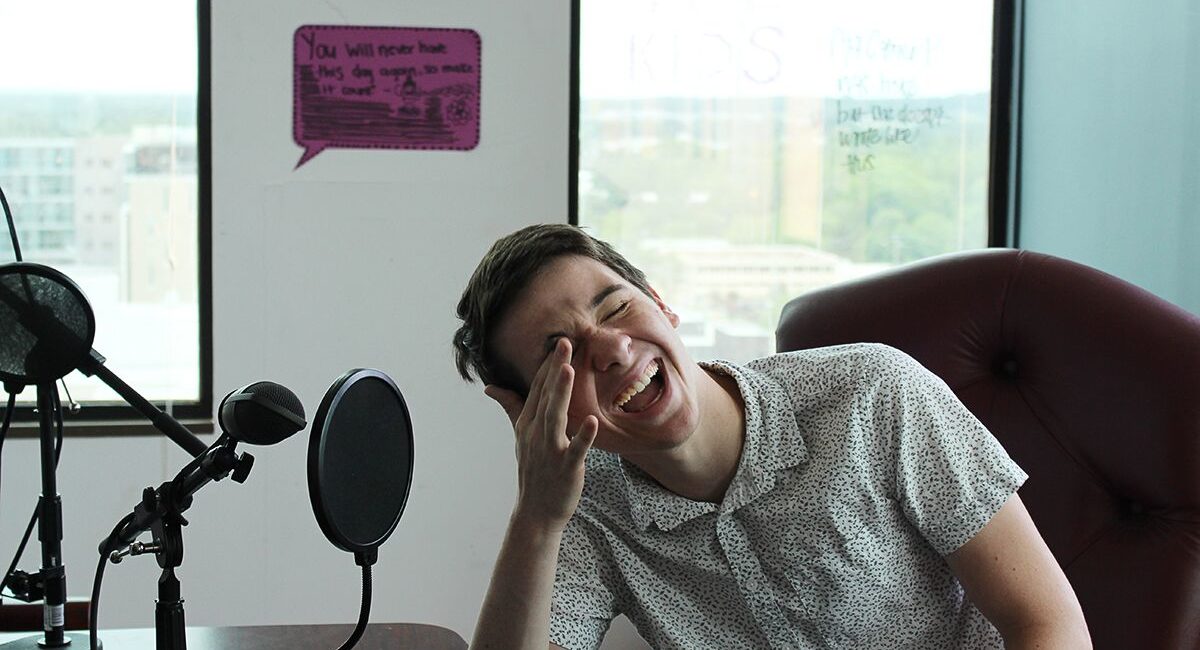 Photo above of Sean Collins by Sonni Presley

On a very windy night in 2005, Hurricane Katrina was making its way into the Biloxi-Gulfport area of Mississippi. “We have to go,” Sean Collins heard his mother Laura say as she and his father, Chris, woke him up.

“Where are we going?” Collins asked.

“We just have to get out of here,” his father said.

Sean and his three siblings rushed to get their things as the storm got closer. Everyone was stumbling and running in the few minutes they had. Soon they were on the road.

After waking up from a long drive, the family arrived at their aunt and uncle’s house in Mobile, Ala. “We had to leave all of our family and friends in Biloxi behind,” Collins says now. After the storm passed over, they went back to see their house, and it was not in a condition to live in anymore. Most of the house was still there, but a whole tree had went through the roof and it suffered a lot of water damage.

“When we got there, we knew right away that we couldn’t live here anymore,” Collins says. The family stayed in Mobile for a while before relocating permanently to Jackson where his parents had attended at Millsaps college.

Collins, 16, now attends Murrah High School and has been in Jackson since he was 5.

“This experience has taught me to appreciate what I have now, and I feel like if I hadn’t went through that I wouldn’t know what it feels like to lose everything,” Collins says.

He is growing up with his twin Michael; a sister Lily, who is 15; and his youngest brother, Brennan, who is 8. “We don’t always fight, but we do have a mutual disinterest in each other,” Collins says.

Some of his hobbies are learning how to speak Spanish and German, playing video games, and on occasion listening to music.

His mother, Laura, inspires him. She has always kept a smile on her face despite being bulled and criticized for what she believed in. “It’s really inspiring how like whatever she’s been through, she makes sure to keep her happy face on and can talk out her problems. That makes her so happy, and I want to be able to do that,” Collins says.

Collins likes to write and enjoys leadership, and is the editor of his school magazine. When he is older, he doesn’t want to live in the U.S.; he wants to live somewhere cool like London. The best piece of advice he has ever received was to believe in yourself no matter what anyone else thinks.