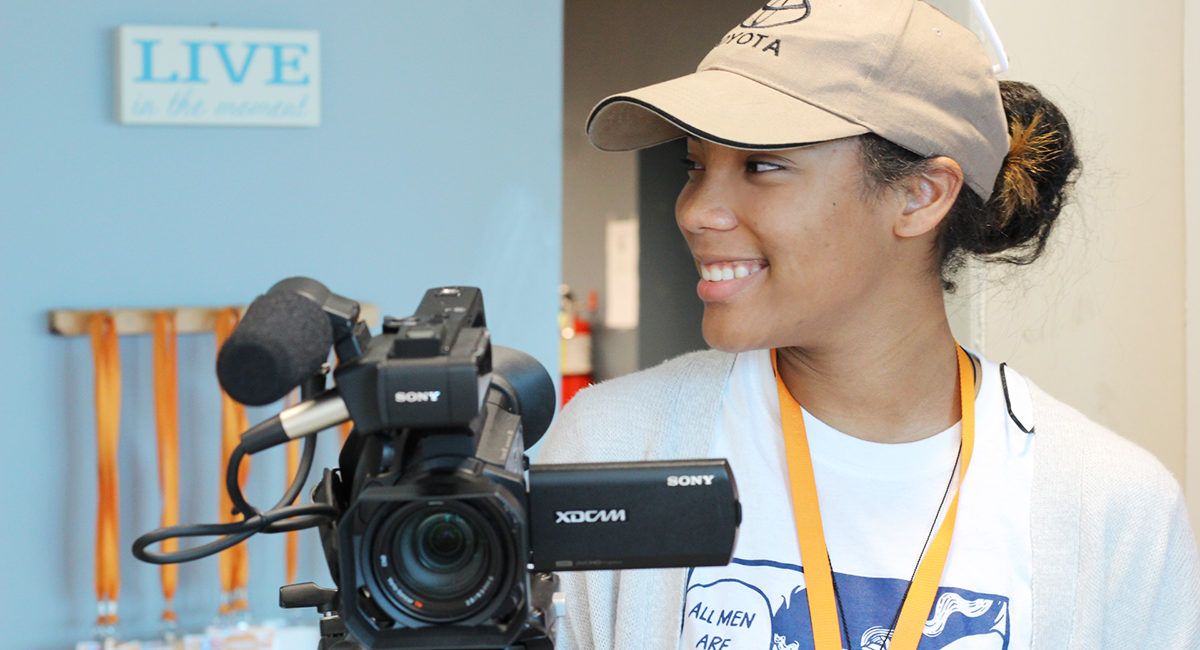 Sonni Pressley: Travels with Y’Sonni and Her Mother

Photo above of Sonni Pressley by Kelsee Ford

“If I can’t go to sleep, then neither can you!”

Ten-year-old Y’Sonni Pressley‘s mother rattled her out of her road-trip slumber. Her mom had been behind the wheel for more than 20 hours on the way to Los Angeles, Calif., from Mississippi .Traveling wasn’t new to this weary fifth-grader. She had made a strenuous trip many times before to several states, including Texas and Florida.

Stuffed into their gray Acura on a cold November morning, young Pressley was left with nothing to do but stare outside her window, embracing every ounce of entertainment she could find. This was an easy task for the young artist as she grasped onto any display of art she laid eyes on.

Now 14, Pressley has carried her love for art into her teenage years, and even hopes to pursue a career in photojournalism at either the Savannah College of Art and Design or Davidson College to ensure that traveling stays “constant” in her life.

“Traveling really brought me to who I am, I discovered who I was,” she says.

In her current home of Jackson, Miss., Pressley credits her artistic growth to her exposure to different people and cultures. She often talks about the variety of people in every state she has occupied, saying Californians are more laid-back and relaxed, whereas Mississippians are more reserved and uptight.

The Texas native will attend Murrah High School next year as a freshman and is interested in joining the speech and debate team as well as continuing her sports career, which includes track and field. While reflecting on the schools she has attended, Pressley said the teachings in California and Mississippi are quite similar. The only difference is that California has more classes and activities. Along with the arts and education, Pressley is also interested in justice. She is disappointed with the discrimination shown against her people and hopes to see a change in the world.

Pressley grew up with two parents in the military. Because her father wasn’t always present, she relied on the teachings of her mother, Cassandra Brown. “She’s strict but not in a sense of like scary but in a way that helped me become who I am as a person,” Pressley said of her mother.

“It was just me and my mother for most of my life,” she says.