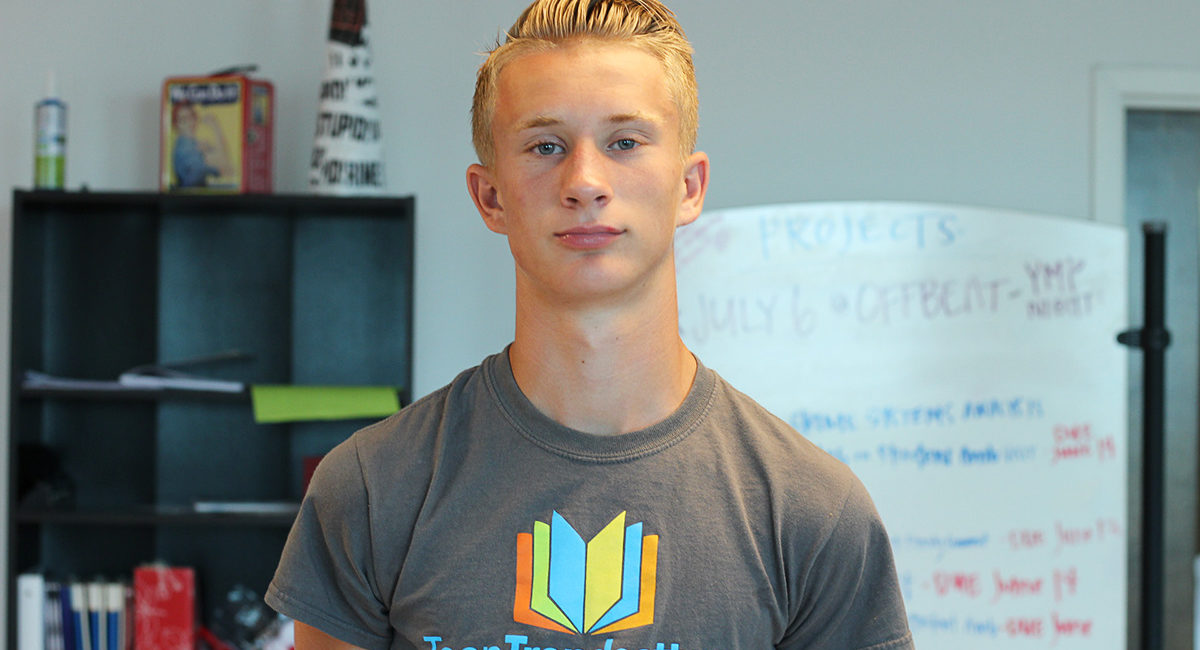 August Harp: In Love with Soccer

Photo above of August Harp by Kelsee Ford

Harp is 17 years old, a senior at Murrah High School, and the heart of his select and Murrah High School soccer teams. As a 3-year-old, he had other intentions, though. “I didn’t want to do it at all, and my parents literally dragged me out of the car,” he says about playing soccer. “I was crying about not wanting to go to my first practice. But they got me to go.”

After his first practice with the YMCA sharks, Harp fell in love with soccer and hasn’t looked back since.

Growing up, Harp has seen two different completely different sides of the soccer. At Bailey APAC Middle School, he had never seen a soccer team be so bad. The children didn’t even know how to dribble; instead they grabbed the balls and bounced them on the ground as if they were basketballs. When he moved to Murrah in 9th grade, the level of the players improved, but they were still nowhere near the level of experience that his select team possesses.

His Mississippi Rush select team is one of the best soccer teams in the state as it reached the quarterfinals of regionals in early July, the farthest any soccer team in Mississippi had reached in recent history.

Although Harp’s select team is miles better than any of the previous teams he’s been on, he much prefers the hard-working, ambitious and welcoming environment of his Murrah High School Soccer team. But Murrah was lacking the most important piece needed for a competitive soccer team, he said—a coach.

“We didn’t have a coach for a while because our coach quit,” he says.

Since Harp had so much experience, he decided to take the initiative to become a coach himself. Aaron Darby, a teammate from high school team, and Harp made a practice schedule for the players. “We were kind of coaching the team for half a season on our own. We ended up having a way better season without a coach,” he says.

Harp felt so passionate about the differences between his soccer teams that he wrote an opinion piece about the equity of soccer, and received an award for it during last year’s summer Youth Media Project.

“I’d obviously quit high school before I would quit Select because they give me a lot more exposure to college coaches. It’s more fun to play with my high school team, but I couldn’t do anything without being on that (Select) team,” Harp says.

The balance of success and a hardworking environment is what drives Harp to continue leading both his teams, no matter what to obstacles they may face.