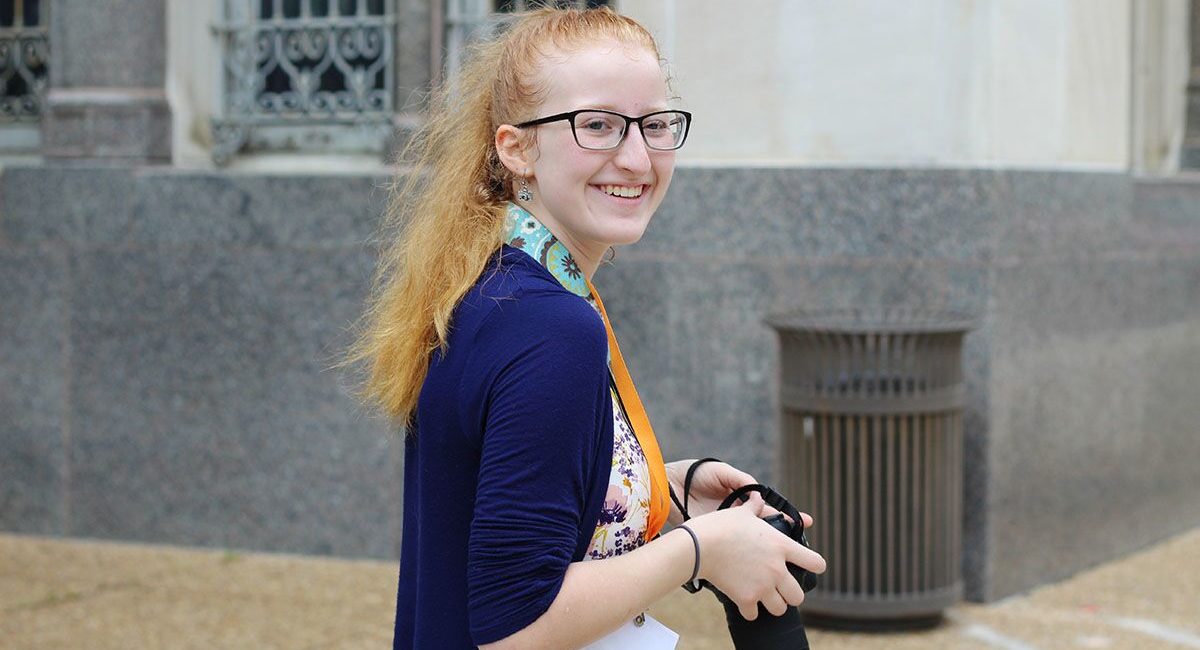 Photo above of Kaitlyn Fowler by Kelsee Ford

Kaitlyn Fowler originally wanted to study business, but a theater convention on February 2017 in ​Gulfport, Miss., helped redirect her goals. Ryan Pangracs, ​an international thespian officer who is responsible for leading workshops at theater conventions and traveling to Washington, D.C., for National Arts Advocacy Day, directed a workshop. Together they discussed how to make connections with people and develop leadership skills.

After finishing the workshops that day, she talked with her teacher, Mrs. Malaika Quarterman, saying she wanted to be “that person.” She meant a person who can inspire and share ideas with people.

Over time, Fowler realized that studying communications gives her the opportunity to still be open to other job opportunities. Now a rising junior at Murrah High School, she is a member of the speech and debate team, the theatre club and is the incoming editor of the Murrah Hoofbeat newspaper.

Fowler wants to attend Vanderbilt University in Nashville, Tenn., with a major in communications. She has been interested in the idea of media for a long time. She enjoys storytelling and searching for information because it’s kind of like a putting together a puzzle. She hopes to acquire tips on how to execute media and how to learn more effectively at the Youth Media Project.

The 16-year-old believes it is difficult sometimes to communicate with older people. She admits to being “very controlling ” and knows what she wants to get done when working on projects with other people. If they aren’t getting the job done, then she tends to over-work herself in order to finish it.

Fowler is from Jackson and loves the ethnic and racial diversity of the capital city. “Jackson is one of those melting-pot communities,” she says. “There’s so much variety in everything.”

The student journalist especially takes pride in her photography. Her mom bought her a camera, and from there she started taking pictures. “Photography has taken over my life,” she says. “In a good way, though.”

Her biggest fear is that she won’t be able to accomplish goals that she has set for herself, such as getting into her dream college. Making an imprint on the world seems to be her biggest goal. Overall, Fowler wants to be remembered by making a difference in what she calls the “world of journalism.”