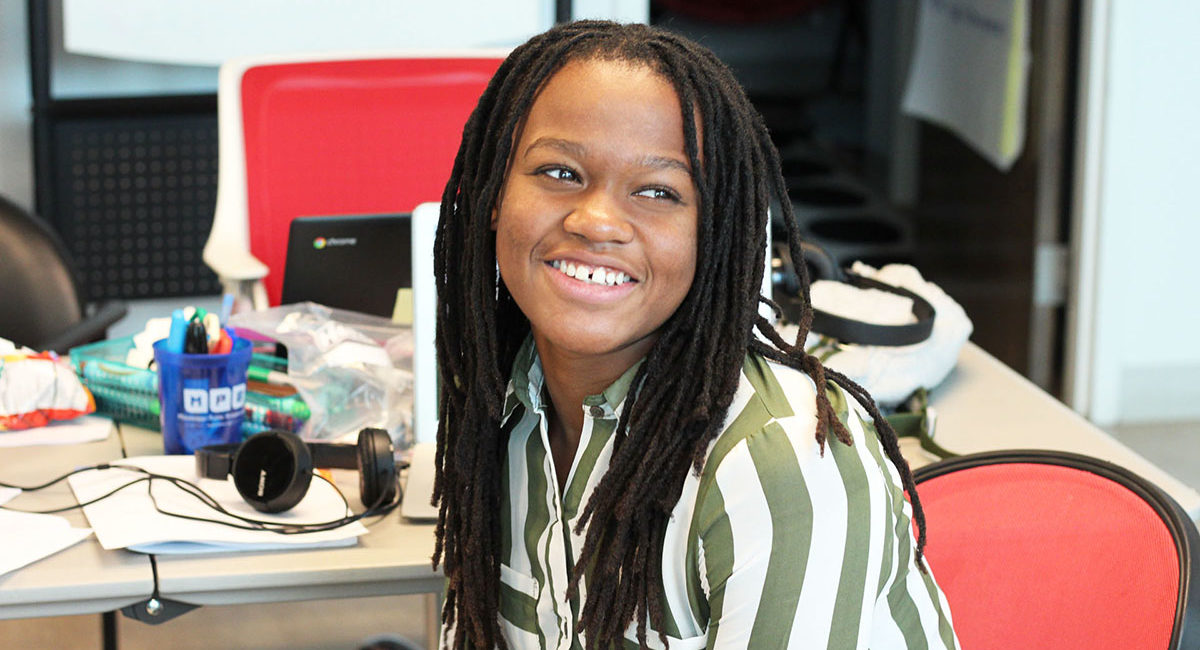 Photo above of Lailaa Bashir by Kelsee Ford

Game. The amount of time between when Lailaa Bashir was born and the first time she fell in love with tennis: 1460 days. How long it took Bashir to knock off her first opponent in the qualifiers for the Southern Regional tournament ​in 2011: 1080 seconds. How many opponents said they could see the ball whizzing past them for an ace: 0.

Set. Bashir had always been stronger than most of the girls she played around Jackson, but she never expected that she would be as dominant of a player as she was when she went to one of her first major tournaments in her blossoming career.

Her coach, Julio Godreau, knew from the beginning that Bashir would be a dominating force in the Southern Regional tournament. She says that her coach probably knew she had a chance to excel, but he never told her that. “He’s just not the type of guy to tell me,” she says.

But soon Bashir realized her talent, blowing through her competition on her way to an undefeated record, losing only one match along the way.

Match. Bashir has appeared on The Clarion-Ledger’s all-tennis team in 2016 and 2017. As a freshman Bashir was undefeated in singles at 9-0 entering the postseason and didn’t drop a set all year. As a sophomore, she was 17-2 overall, won the doubles state title and named to the all-tournament team for both singles and doubles. Her recent successes are sure to catch the attention of college coaches. Bashir plans to play in college, but she’s not sure what she wants to do after that yet.

Bashir attended the first month of the summer 2017 Youth Media Project, but is spending July out-of-state at a tennis camp.

She started at McWillie Elementary School, but her mother soon began homeschooling her.

Her biggest influence is her mother. “She quit her job to support us,” the daughter says. “(Homeschooling) was fun, but eventually it got too complicated,” Bashir says, so she transferred to Jackson Academy where she attends now.

The young athlete is not sure where she wants to go next. “I’m just going to see how things turn out,” she says.