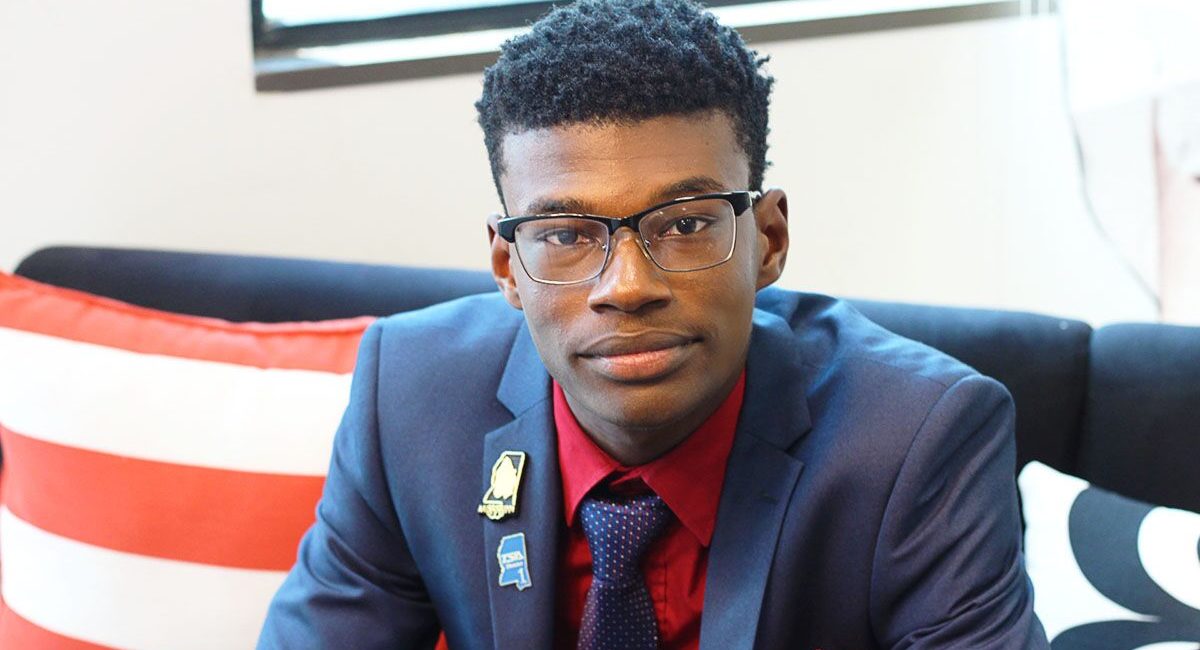 Photo above of Ruben Banks by Kelsee Ford

Light rain drizzled across the ground as Ruben Banks, 16, arrived at Zion Chapel Missionary Church one evening. Although the atmosphere was gloomy, he was excited to be speaking with a small group of young men he could relate to being that they are all still in school and have a lot to offer. Determined and confident, he walked in to be introduced and began speaking about “believing, hoping and having faith.”

“Never forget yesterday, but always live for today. Because you never know what tomorrow can bring, or what it can take away,” Banks told the boys.

“I hope they listen and take my words in,” Banks said to himself.

After the speech was over, Banks believed it was one of the most important speeches that he ever could have given. He believes he got the young men thinking about how they should cherish every day of their life and never take anything for granted. That night, he went home confident and satisfied that he did his best to convey his message to always believe and have faith in yourself and whatever you set out to do.

Banks, now 16 and a junior at Jim Hill High School, often speaks throughout Jackson. Born and raised in Jackson, Banks has lived in the Virden Addition for the majority of his years and has spoken at a variety of events on diverse topics ranging from helping the community to having faith in yourself. His class voted him “Most Likely to Become President” in his sophomore year.

He has been attending Jim Hill High School since his freshman year of school. “I think it’s a new world. It gives me a chance to experience real world problems,” Banks says.

This August, he will continue school proudly as a member of the JROTC. Banks describes himself as “humorous,” “nice” and having a “good heart.”

In the future, Banks wants to major in civil engineering. He doesn’t know where he wants to go but hopes to get a full scholarship. “Whichever one pays the most,” he says.

Banks also aspires to become an intellectual-property lawyer and a military JAG lawyer after attending law school. One day, he wants to own his law firm. He believes that his purpose is “to lead people in the right direction.”

The motivational speaker also enjoys playing golf, working on his martial arts, learning to fly planes, playing video games and meeting new people. He keeps his family close and has a close-knit group of friends he can depend on.

Unlike many in the South, Banks likes cold weather. “I was born in the winter. During the summer it’s always hot, and you can’t do anything about the heat, but in winter it’s cold, and I can put coats on to keep myself warm,” he says.

Banks says that if he could solve any world crisis, it would be inequality of all kinds. He believes in being happy and having freedom.

He draws inspiration from the “Serenity Prayer.” It begins: “God grant me the serenity to accept the things I cannot change; courage to change the things I can;
and wisdom to know the difference.” When Banks comes across something that isn’t in his hands, he refers back to this quote. it always reminds him that some things you cannot change, and it gives him the “courage” to help with the things he can change and know when he cannot.