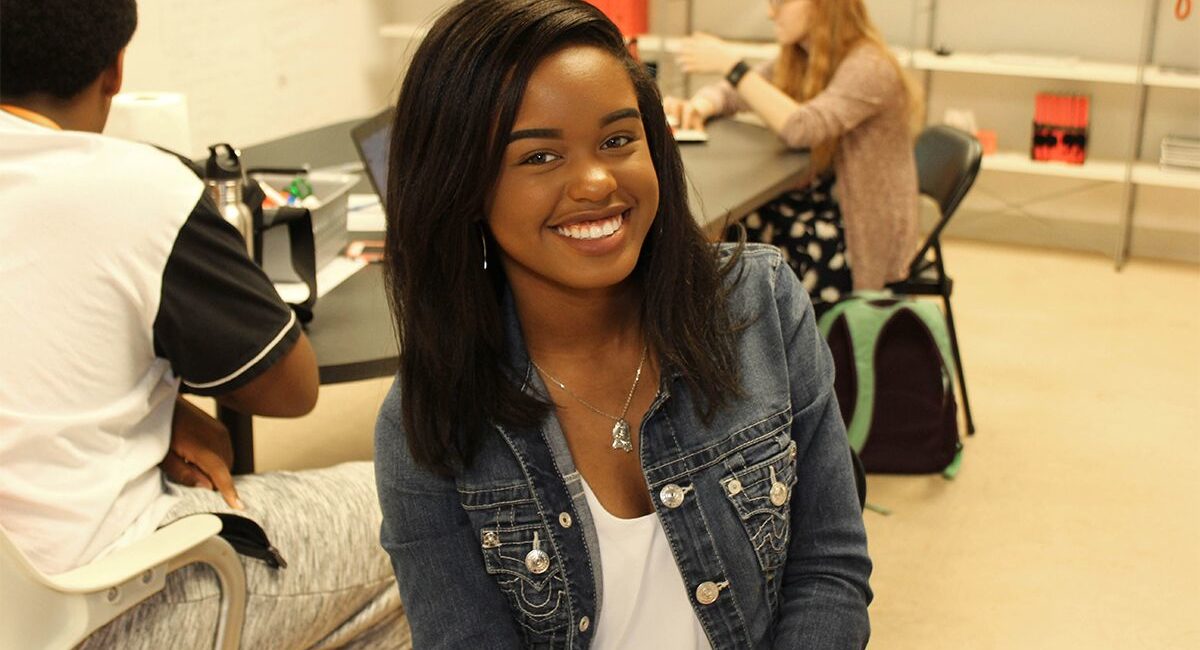 Maisie Brown: Being the Best She Can Be

Maisie E. Brown, in her white shirt and loose khaki pants, hopped out of the car excitedly. It was her first time visiting the University of Southern California in downtown Los Angeles. She was surprised at how large the campus buildings were covered in California-like architecture. There were palm trees everywhere, and the sun beamed down. There were huge groups of smart kids walking around looking excited for the future.

“I see how tough competition is going to be when applying for college,” Brown says. “It really changed my mindset to do better and stay more focused in school. I have to be the best I can be when it’s time, because I don’t  have the finances to be going to California. So because I want to be in places like that, I will have to do better to earn a scholarship,” Brown says. She added that really hopes to attend Howard University in Washington, D.C.

Brown, a 15-year-old sophomore, was raised in Natchez, Miss., and then she moved to Biloxi a few years later. She now lives in Madison with her mother and father, who works with Jackson Public Schools. She attends Jim Hill because she wants to participate in the International Baccalaureate program there. She is a dedicated young woman, and a gifted speaker for a lot of events, even presenting a TEDx Jackson Women talk last November where she emphasized the importance of embracing the social-media generation.

She is successful in what she does, but wants more options. “My school is OK, but I think we should have more activities,” Brown says. After graduating, she  wants to go to college to study public policy and also practice civil law. “I might want to teach a little,” Brown adds.

One of her biggest inspirations is her cousin, Paige Galloway, who is very successful. “My cousin is now 27 and living on her own with no kids in Washington, D.C.,” Brown says. She wants to be like her when she is about her age.

Her hobbies are watching reality television. “My favorite show is ‘Love and Hip Hop,'” she Brown says. She also loves doing make-up and her hair and listening to music. Also, she likes to read.

Brown said she likes to meet new people and learn about them in the Youth Media Project. She said it will benefit her in the future because she will have to work with a lot of people when she goes into law.

“My ultimate goal is to be secretary of education (of the United States), and this program is really helping me,” she says.

Shakira Porter, 17, is a senior at Wingfield High School.