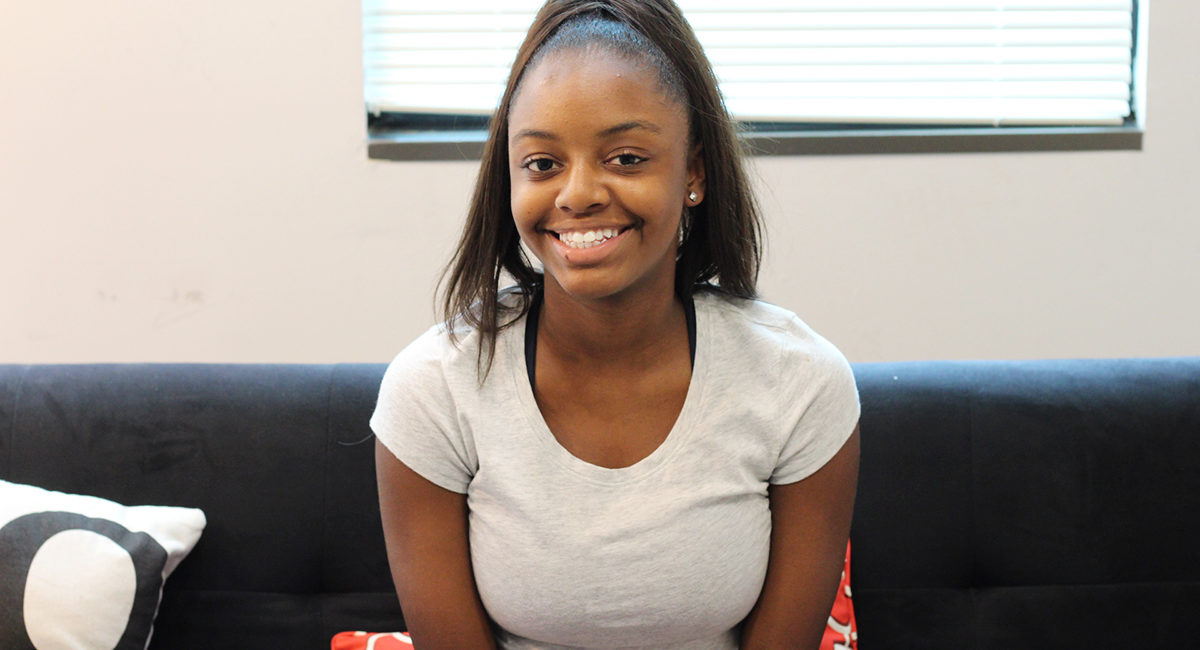 Photo above of Minia Johnson by Kelsee Ford

On May 3, 2009, Minia Johnson’s godmother, Classy Victor, woke her up and said, “Get in the car. It’s time to go.” On their way from Picayune, Miss., riding inside a white Cadillac heading on their way home at 11 p.m. Suddenly, two cars clash into each other near a Shell gas station. Five-year-old Johnson woke up crying, and could see red and blue lights. She realized people were carrying her to a helicopter. It airlifted her to the hospital at the University Medical Center in New Orleans, La.

There, Johnson had surgery on her head, and later woke up at the hospital looking at white walls. “I remember watching Dora [the Explorer] and having coloring books,” she said. Her family members came to see her. Her godmother’s husband, Mayso Spain, told Johnson that his wife had passed away. She instantly started crying, feeling so emotional because she had lost the most important person in her life.

“We were like best friends, even more close than my mother,” Johnson said.

Just three days later, Johnson celebrated her sixth birthday on her hospital bed with her friends and family without her godmother.

Johnson stayed in Louisiana with her godmother’s parents until she was 11, and then decided she wanted to move back to Jackson where her mother still lived. Johnson started acting and doing things she wasn’t supposed to do, such as running away and just hanging with the wrong people.

“I just wanted to be with my momma, that’s all. I just need her,” Johnson said. She decided to call her mother, and her wish finally came true. Her mother, Ollie Neal, went to court to regain custody of her daughter.

Johnson attended Whitten Middle School for only a couple of months and moved to Pearl, Miss., and attended Richland Upper Elementary until her eighth-grade year. She later moved to Flowood to attended Northwest Rankin High School.

“I thought this was going to be the best year ever. I wanted to graduate from there and all,” Johnson said.

Now in 2017, Johnson is back at Richland High School. She plans on becoming better at communicating and writing at the Youth Media Project. She loves to read and play basketball and has a passion for music such as NBA Youngboy, Young Dolph, Kendrick Lamar and J.Cole.