Stop Whitewashing and Exploiting Asians in the Film Industry 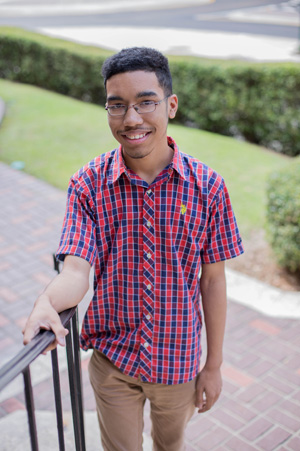 With the recent release of new Hollywood movie, “Ghost in the Shell,” and Netflix original “Death Note,” anger is growing over the constant diminishment of Asian people and culture, replaced with European counterparts. This form of systematic oppression is known as “whitewashing,” which Merriam-Webster defines simply as “casting white actors as characters who are non-white.”

Casting white actors as Asian characters results in the complete dismissal of an entire culture, people, ethnicity and background. It also takes away opportunities for people of color just so a white person can once again receive the spotlight.

This problem is particularly prominent in Hollywood, the home of the U.S. film industry. Netflix is also notorious for whitewashing Asian characters and culture in their original shows and adaptations of already existing programs. This creates a huge problem as these two industries dominate modern media. Consistent whitewashing by these industries effectively creates a mindset of white superiority and Asian inferiority.
Whitewashing affects people all across the world and specifically young people. Adolescents and young adults are the main demographic audience of both Hollywood films and Netflix users. In 2015, Netflix released statistics showing that more than 65 percent of their 50 million users were between the ages of 16 and 24.

Because of these staggering statistics, it is especially important that Netflix stops these incidents of whitewashing and removing cultures. When our youth are left without idols and representation, a self-hatred begins to grow. These kids must either adapt and change to what the media tell them is right or keep their personality and culture, only to feel isolated and unwanted.

The Annenberg School for Communication and Journalism at the University of Southern California reports that 52 percent of the time, Asian Americans have never seen even one speaking or named character in movies and television who looks and sounds like them. This not only discourages Asian actors from pursing a career in cinema; it also establishes a feeling of inferiority among Asian people, especially youth, everywhere.

Hollywood has always struggled with diversity, and films in recent times show that it still faces this problem, especially with whitewashing of Asian roles. Many people seem to acknowledge Asian culture as an easy-access exploit ticket. These directors want the “exotic” Asian culture but replace the actual Asian representation and actors with a more European approach.

The most recent case of this is when actress Scarlett Johansson is cast to play Japanese character Motoko Kusanagi, the lead in Paramount’s “Ghost in the Shell.” Benedict Cumberbatch stars in “Star Trek Into Darkness” as Khan Noonien Singh, an Indian man. The Star Trek series reaches many people and is very successful financially. Thus, removing an entire ethnic group from this successful film removes this chance for the representation Asian culture desperately needs in America.

Hollywood and Netflix fail to realize the effect they have on not only Asians, but on the entire industry and everyone who watches these films. These directors and actors eliminate an entire culture from one of the most prominent industries, effectively removing any representation we could hope to have.

As an Asian American teenager and as someone who is interested in the film industry, it is extremely disheartening to know that my culture, my people, and my entire life will only have relevance in the field I love when it is being exploited and used. When you remove a voice from a people, the people are left powerless.

We must move forward into a more diverse, more accepting and more empowering world. People in cinema need to realize that whitewashing is not acceptable. Simply casting more people of color to play lead roles is a simple yet necessary solution to a serious problem.

Jeffery Caliedo, 14, is a freshman at Murrah High School.