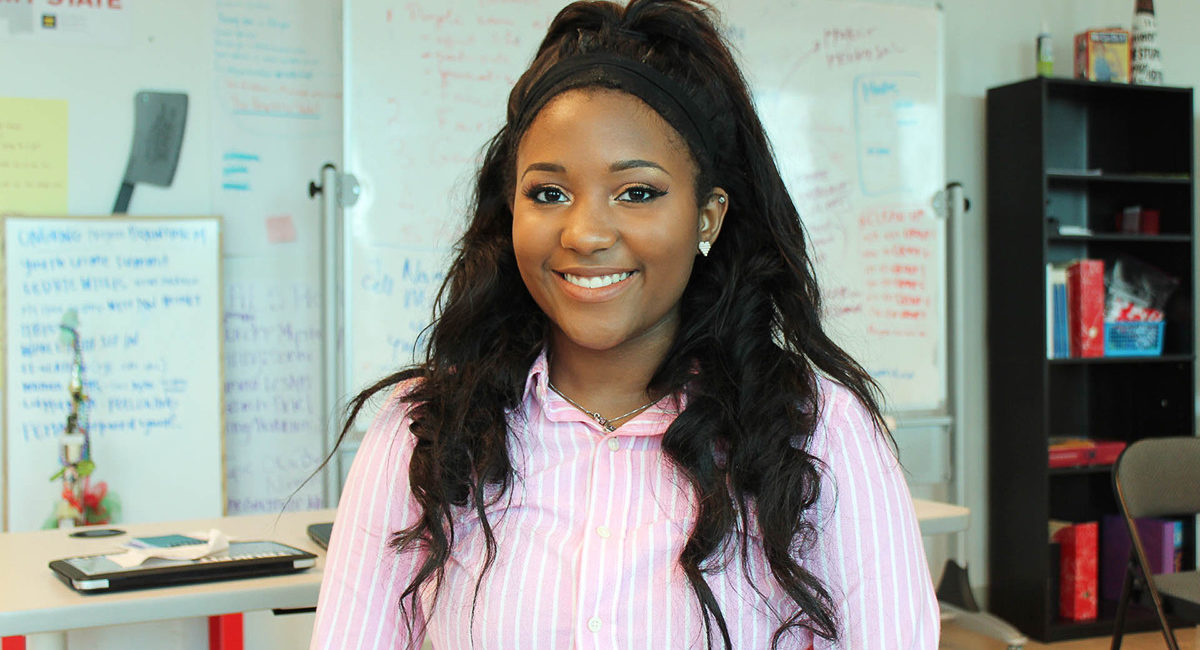 Meche Leflore: Talking for a Living

“Oh Lord, I wonder what they are going to say about her this time,” Meché Leflore’s mother, Paula Sharp, thought with a sigh as she pulled up to the auburn building of Davis Magnet IB Elementary School in downtown Jackson. Her heart pounded as she walked to class thinking of the things the teacher would tell her about her daughter.

“Oh my, Meché’s is such a talkative girl.”
“Meché knows she can run that mouth of hers!”
“Meché is so smart, but I wish she could control her mouth.”

From teacher after teacher, her mother hears the same story. On the drive home, Sharp was furious thinking of all the ways she would punish her daughter. She couldn’t be upset because she knew her daughter better than any one else.

“Meché, come here now!” Her mother screamed as she entered their home.

“Yes, Ma? How did the parent-teacher conference go?”

“Meché, how many times do I have to tell you to go to school and keep your mouth closed?”

“Momma! I try, I really do. It’s just I have so much to say and so much to talk about to my friends!”

Ever since she started school, Leflore has always been the “talkative” child. Every parent-teacher conference her mother attended, she had to suffer through the negative comments about her daughter’s “big mouth.”

Leflore, at that age, did not understand why people were so negative about her loquacious spirit. “I always wondered why my mom was so mad with me about it. I looked at it like at least I talk, you know? If I didn’t talk at all, people would think something was wrong me,” the 17-year-old says now.

Once Leflore was in middle school at Northwest Magnet IB Middle School, she discovered the world of journalism. “When I was in 7th grade, I started to realize what journalism and media really were,” she says. “I watched people like Wendy Williams and Oprah. I just loved how they had their own platform to talk about anything they wanted to. I thought to myself, ‘I can get paid to talk?’ And everything just clicked from then on.”

Leflore started doing research including a job shadow at 99 Jams WJMI radio station. She saw different newscasters, hosts, and radio personalities, immediately knowing the journalism world was for her. She knew that she was not going to be a doctor or a lawyer or an engineer; she wanted to talk for a living.

“I just found journalism—something that I can relate to,” she says. “Being able to talk to people and tell them important things made me realize journalism can change lives.”

Now as Leflore prepares for her senior year at Jim Hill High School, she is doing everything in her power to make sure she is ready for her journalism career. She says being at Youth Media Project, so far, is one of the best experiences of her high-school life.

“Being here at YMP is the best decision I’ve made. I’ve gained so much from here, and it’s just been three weeks,” she says.

Leflore wants to attend Florida Agricultural and Mechanical University starting in fall 2018 and study in its School of Journalism and Graphic Communications. “That’s the plan, man. I just pray it works out. I just love journalism and everything it stands for,” she says.