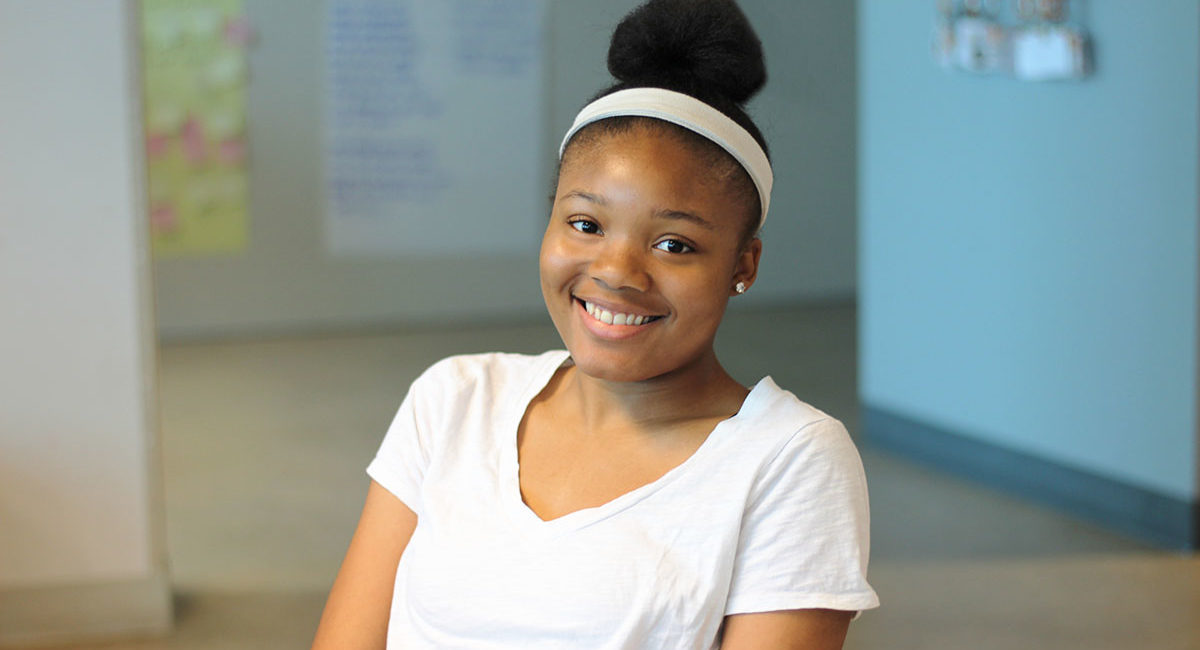 Z’eani Furdge was 7 years old and living with her parents and sisters in Chicago when she and her stepbrother decided to lie down on the floor and watch some TV. Furdge’s father then grabbed her and beat her with a belt until she bled because he had assumed that she and her stepbrother were trying to do something inappropriate. No matter what Furdge said, he wouldn’t listen to her, and she still has a scar on her arm to show for it.

Next thing she knew, Furdge was in the hospital covered in bruises, and her mother was telling her it was time to move to the South.

With that tragedy came a chance for a brand new life. Furdge’s mother, Mary, decided she and her daughters would move to Mississippi. “Our great-grandmother already lived down here, so that’s why mom decided to move down here, to get closer to her,” Furdge says now.

Ten years later, Furdge lives with her mom and two sisters, Jada and Jala, and their seven dogs. She loves her family and dogs and likes crafts such as designing jewelry and shoes. She plans on owning her own jewelry or shoe business in the future. “I see myself owning my own business. I like making my own jewelry so I’d like to have my own business in jewelry making,” Furdge says. She wants to go to school to study business in order to make her dream a reality.

Furdge dreams of being successful enough to have a nice house or mansion with a Range Rover, hoping her business skills will help her to be successful enough to afford her dream. The most important thing in her life is to be confident in herself and not let anyone get in the way of what she wants.

“I know I struggle with that all the time,” she says. “I lack a lot of confidence in myself, and people around me are always saying that I can be good at whatever I put my mind to. So I’m trying to be the best me and have confidence.”

Furdge believes the Youth Media Project, which she is attending for her second summer, will help her to achieve the success and find the confidence that she needs.