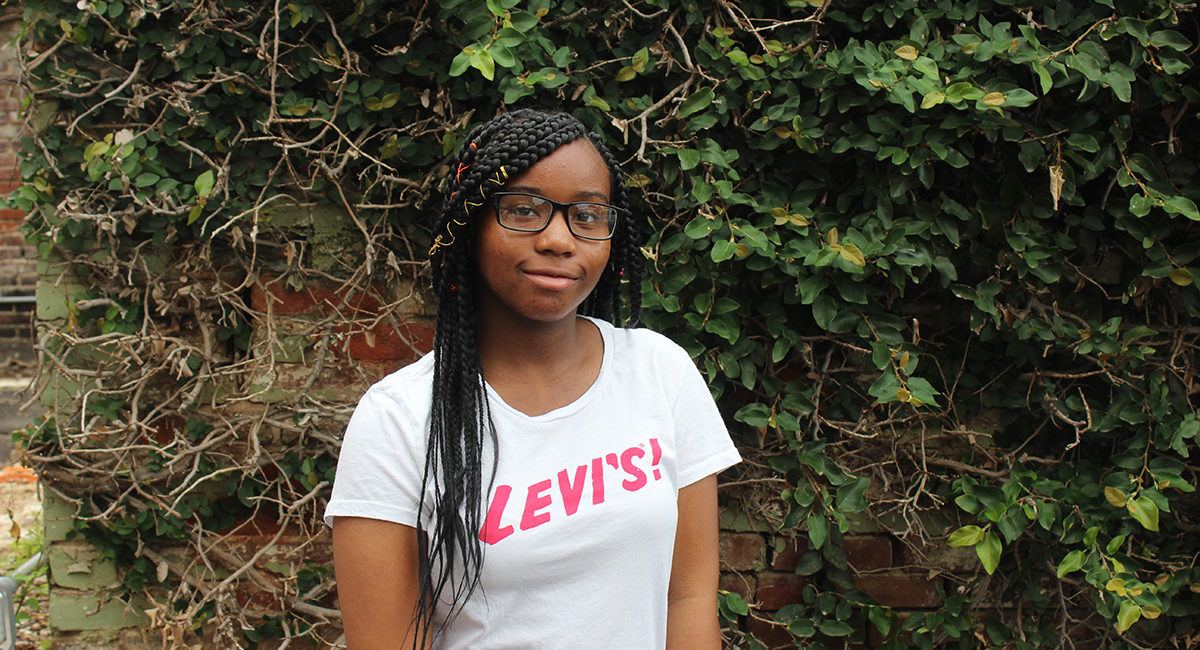 Photo and story by Arienne Jackson

When Christen Johnson was 13 years old, she became interested in commercial modeling. Initially, she believed she would never be a model, but one afternoon, her mother approached her with the breathtaking news: her mom received an email giving her the opportunity to become a model.

When Johnson learned about this, she immediately grasped the opportunity with delight.

Johnson started taking Barbonazi classes, where she learns modeling etiquette. There, instructors show students how to perform spontaneously and strategically in casting and interviews.

Recently, Johnson has been preparing for her first pageant coming up in July.

In Johnson’s everyday life, she is an upcoming ninth-grader at St. Joseph Catholic School, where she plays basketball. She says she is initially nervous when she steps on the court; however, she warms up after a while by focusing on making the right plays and ensuring she does what is best for the team.

“When I’m on the court, I just focus on making the shot,” she says.

Above all, Johnson loves animals. She and her dog, Keno, have been inseparable since Johnson’s birth. Johnson has never experienced life without Keno, as they were born in the same year, 2004.

“That is my best friend,” Johnson says.

Unfortunately, Keno is at the age where Johnson fears she may lose her best friend.

Johnson is looking forward to learning about videography. She is hoping to gain confidence and be able to grow as a person from her experience at the Youth Media Project.