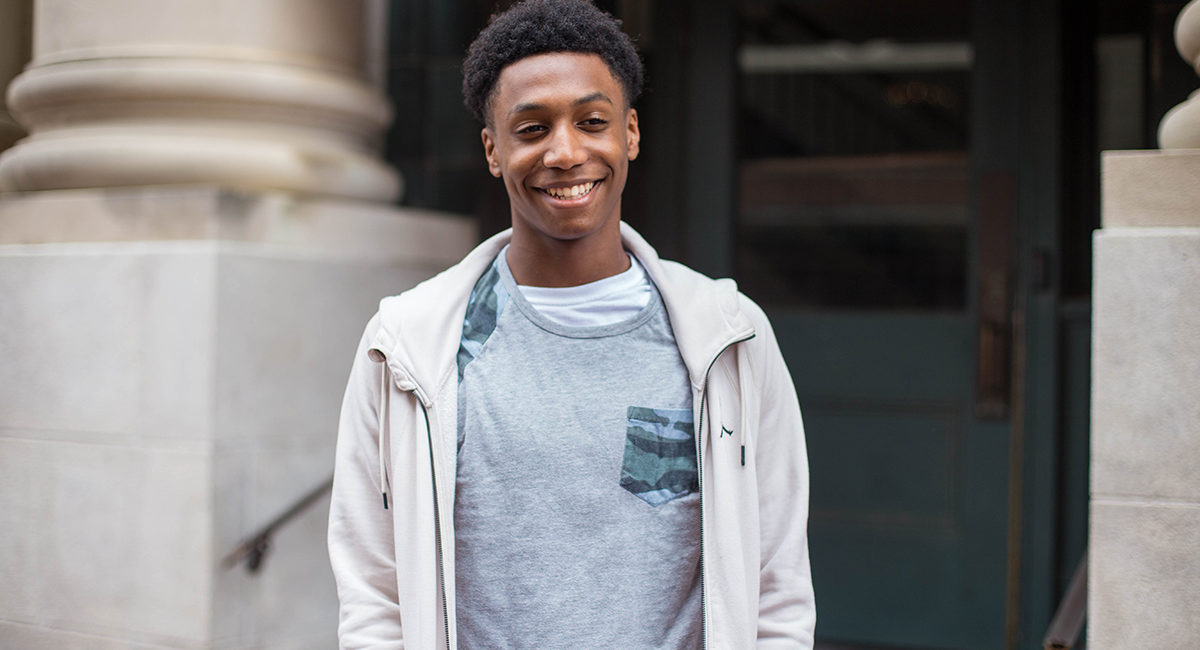 Photo and story by April Sargent

In the evening, Evan Denson and his mother arrived home from school, he changed out of his school clothes and got ready to do his math work. Evan was 9 around the time. His mother asked if he needed any help with his homework, but Denson confidently decided he didn’t need any help, knowing math was the subject he struggled in the most.

Hours later, his mother called him to dinner and Denson was still struggling with his math homework.

“I thought you didn’t need any help with your homework?” his mother said.

Later in the week, Denson got his report card and got his first “D” in math. His mother was shocked and staggered because she knows he is a smart child.

“How did this happen?” she asked.

Denson, now 14, was born and raised in South Jackson. He is the only child, and his mother educated him well. He was very friendly and just a little dangerous, but who wasn’t as a child? He attended Van Winkle Elementary School in West Jackson, but later transferred to Davis Elementary downtown. Elementary school was normal for Denson. He was a little destructive and misbehaved, but most boys are like this as children, right?

It wasn’t until his third-grade year when he started to straighten up. He was getting in trouble too much and heading down the wrong path. His mother helped him do  better, which helped him grow as a person. After graduating from Davis Elementary, he entered a new school and experiences in his life by attending Northwest Middle School.

“The environment was very different,” Denson said. There were more teachers and students, it was chaotic in the hallways, teachers were trying to calm the noise down, kids were skipping class–and this was all just a typical day.

His sixth-grade year was one of his best years, as was his eighth-grade year. In seventh grade, things were started to take a toll on him. He was beginning to face personal challenges, like having his heart broken, being depressed, friendship problems and just sitting in his sorrows.

Luckily, he had a wise and kind-hearted mother to comfort and help him through the problems he was facing. She was a big influence to him, and was always there for him. When he fell down and couldn’t get up, his mother came to help him get back up on his feet. She taught him everything he knows, from math to basketball. With wisdom from his mother, Denson continued to strive for the better.

“She taught me everything I know,” Denson said.

Later on in the year, Denson played snare drum in the band, as well as basketball. He then quit band because he lost interest, so he put his effort and attention into basketball. He liked other sports as well, such as baseball and football, but his mother wouldn’t let him because he busted his lip, and she didn’t want him to get any further injuries.

Denson is focusing on videography in the 2018 Mississippi Youth Media Project.  As a result of the trials and tribulations he experienced, he says he is improving and growing day by day. He is an entering freshman at Jim Hill High School.