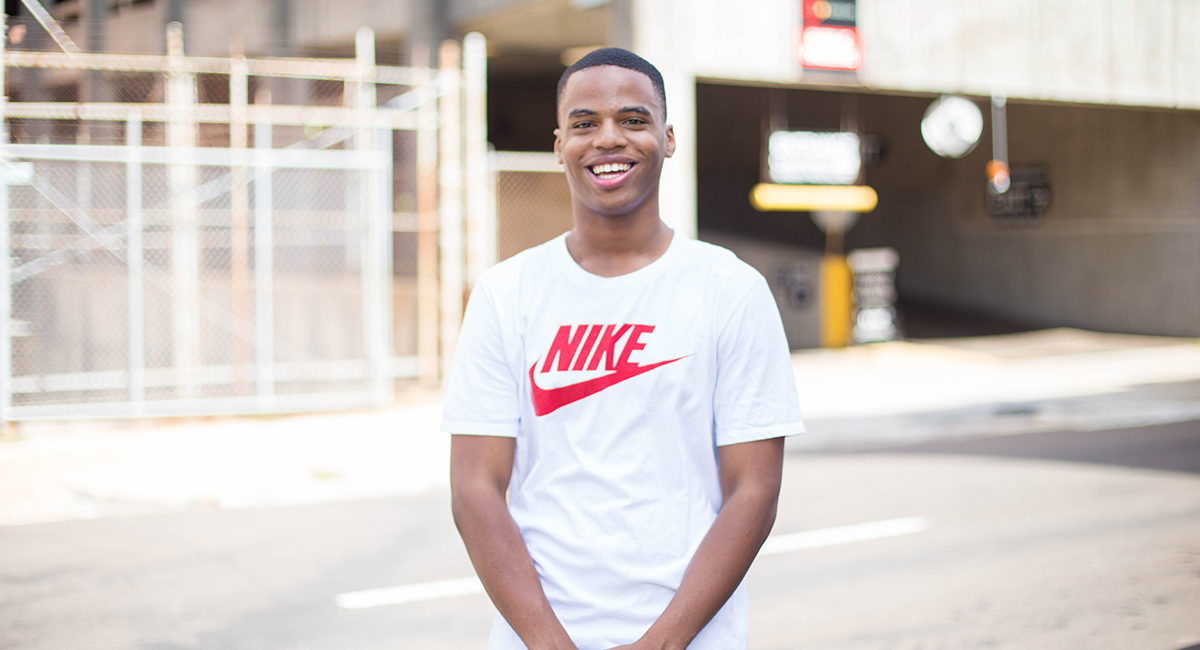 Jacoby Grover: A Passion for Photography

Photo and story by Octavia Mannie

One day in 2017, Jacoby Grover was doing his usual job, pushing the carts to the front entrance of Kroger’s Grocery Store. However, on this particular day it was raining heavily, but nonetheless Grover’s boss still insisted he gather the carts. Wearing a raincoat, he went outside to get all the carts. After about 20 minutes, he was soaking wet, his glasses dotted with tiny water droplets.

“Man, I remember it like yesterday,” he says. “The store was so dead, and nobody was doing their job, so the general manager gave everybody a task to do before they got sent home for doing nothing on the clock.”

Once Grover went inside the building around 10:30 p.m., his pockets were full of water. His iPhone 6s, which was not water-resistant, was soaking wet. His phone would not even turn on. Thinking on his feet, he went down aisle two and quickly bought some rice to absorb the water out of his phone. His phone still wouldn’t turn on. He started slowly panicking about what his mother would say.

“I was so nervous to go home. I tried to stay as late as I could that night, but it’s like time started to fly by,” he says. “When I looked at the clock, it was time for me to go home, so I stood in the front waiting on my ride. She was right on time, and she looked like she was in a good mood, so I went ahead and told her about my phone.”

Surprisingly, she understood. Her reaction really shocked Grover because he thought he was going to be in trouble, or even worse: he thought she wouldn’t take him to get a replacement.

“I really thought she was going to say I’m out of luck or that’s my fault. I honestly did not want to inform her on what happened, but I had no choice but to tell her, since I was phone-less and signed up on her contract,” he explained. “I know my mother, she feel like if you’re not responsible enough, you either don’t need to do it, or you either don’t need it.”

She took him to an AT&T store early the next day. There, he learned his contract was paid out, and he had the option to either upgrade or file a claim to get the same iPhone 6s he had. Grover wanted to get the new iPhone 8 Plus because he liked its size and water resistance.

After he happily took his new phone home and began to experiment with it, he noticed some pretty cool things that caught his interest–especially the camera. Grover took thousands of photos and learned how to edit them. That’s when he realized he had a passion for photography.

“To see I finally have a passion and have something that I have been into for the past weeks is really amazing,” he says. “I can’t wait to get even more better, and maybe even create a business in photography–but it all starts here. I will be devoted, and I will not give up on this passion.”

Grover, 17, is a rising junior at Jim High High School. His speciality at the 2018 Youth Media Project is photography.