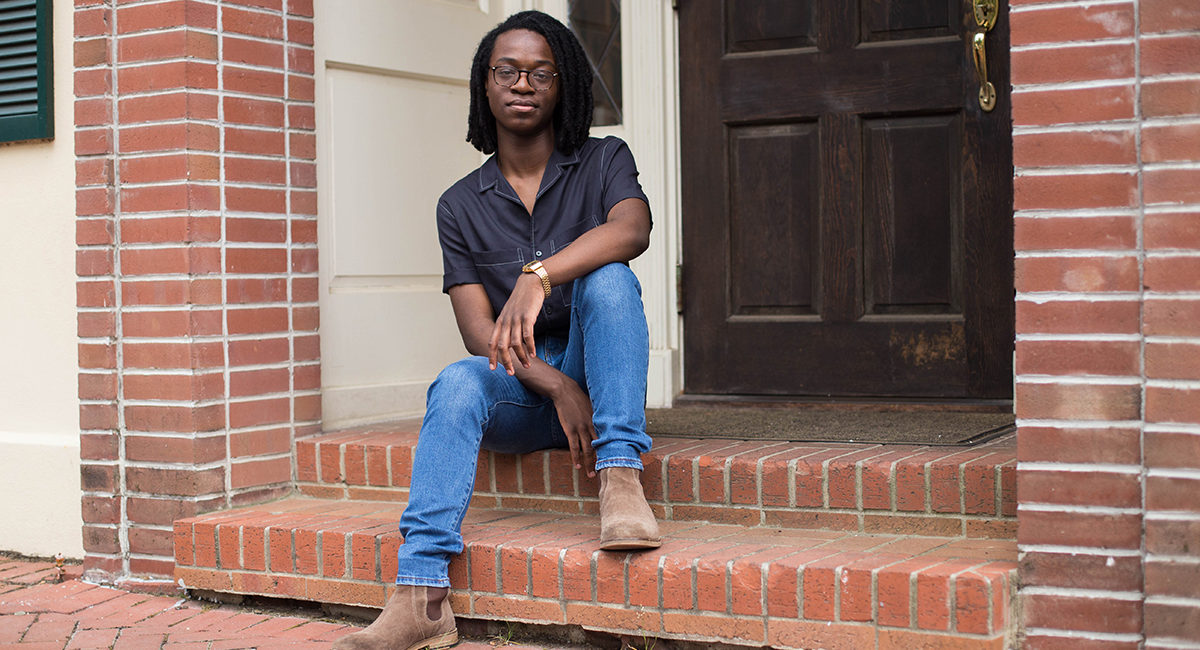 Clay Morris: Of Truth and Inclusivity

Photo and story by LaShenda Hudson

On a cloudy day in 2018, Clay Bingham Morris was about to give a very important speech to St. Andrew’s Episcopal School’s student body. The speech, which he gave as the sermon to his school’s weekly church service, was called “Am I My Brother’s Keeper?” He was so nervous, he thought he would pee himself. He was wearing black ripped jeans and a black sweater.

He was inspired to give this speech because the week before, a white student said “n*gga” in one of his classes, and this really upset Morris.

“For us black people, ‘n*gga’ means a lot to us,” he says. Because his school has little variety in color, it was important to him to stand up for his rights and to explain to his peers that this word is unacceptable. Throughout his speech, he emphasized that white citizens will never feel the emotional impact the word carries.

“The only person experiencing the impact of the sheer, brute force of the word’s historical baggage is the person who just so happens to share the physical characteristics of America’s slaves,” Morris said to a sea of white faces in St. Andrew’s chapel. “The word has caused so much pain that it requires a somewhat unquantifiable amount of respect. There is an unwillingness to accept, observe, and respect the solemnity of the word, particularly when it is thrown out in the presence of a person who is a direct descendant of slavery.”

Morris said after he finished reading his speech, quite a few people were mad at him. Even some of the black students were upset because he repeated the n-word 34 times. The reason for this repetition was to make students uncomfortable, to prove a point, he says.

The St. Andrews’ senior, 17, was born in Philadelphia, Pa., and now lives in Madison, Miss. His typical day on a school week includes classes, cross-country practice and homework. On weekends, he is often with his mom, Monica Clay-Morris, doing things for the community, but homework tends to take up most his time.

One book Morris says describes his feelings is “Tears We Cannot Stop, A Sermon to White America.” He says he appreciates how the author, Michael Eric Dyson, explains to white individuals that they need to understand the culture behind their race. Only when this happens, he writes, can America overcome the racial issues it faces as a whole.

He has had dreads since he was 1 year old. He explains that his mother kept trying to brush out his hair, but he would throw a fit and scream each time. At one point, Morris says she gave up. “Eventually she said, ‘Screw it, you’re getting dreads.'”

Morris’ saddest moment was when his grandfather died in 2017. Watching his mother cry really touched him. “Seeing someone that’s supposed to be strong and your protector cry really made me cry and touched my heart,” he says.

College is important to Morris, and he would like go on to become a fashion journalist, and dress like one, too. Morris is the type of person who will let you know “what it is and what it isn’t,” and he stand ups for what he believes in.